Why in Australia is the Day of the Exile of the Toad? 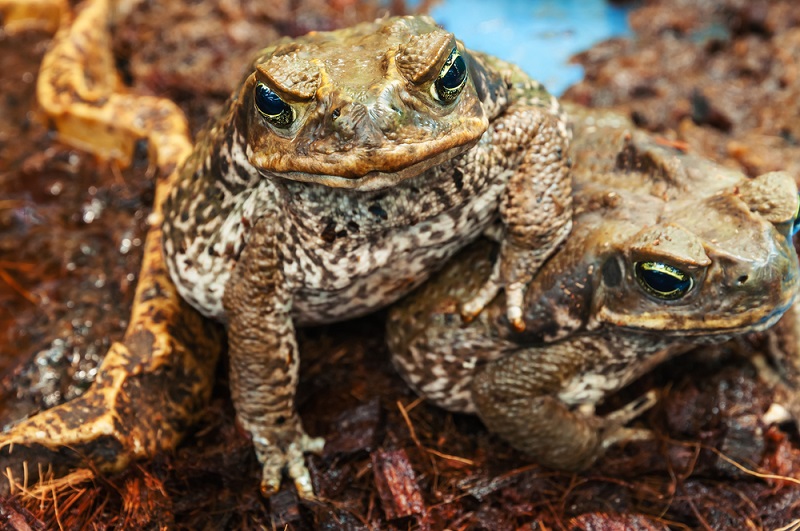 In spring, Australians spend the day catching and ejecting frogs – a massive action to destroy a poisonous reed toad, or toad-agi. The reason is that over-generous amphibians seriously threaten the biological diversity of the continent.

Amphibians were brought to Australia in the 1930s to fight sugar beet eaters. Because of the lack of natural enemies, they quickly proliferated and spread across the continent, turning from rescuers into pests. In addition, the toads proved to be hardy, they can survive in unfavorable conditions: they easily tolerate temperatures from + 5 ° to + 40 °, they can live in brackish waters of estuaries along the coast and on islands, are able to withstand the loss of water reserves to 50% of the mass body. For the summer, the female lays up to 30,000 eggs, although it lives less than 1% before reproductive age. Nevertheless, today the number of toads has exceeded 200 million. Both eggs and tadpoles, not to mention adult individuals, are poisonous to most animals and humans. Skin gland excretion was traditionally used by the local population of South America to wet the arrowheads.

Currently, toad-ags have a very negative impact on the fauna of Australia. They ruin apiaries, destroying honey bees. Their victims are local species of amphibians, lizards and rare endemic populations, including endangered small marsupials. Local inhabitants were powerless to the poison of the agi.

Effective methods to combat amphibians have not yet been developed, although there are various proposals. Meanwhile, the residents proceed as follows. One of the spring days in Australia is an event called Toad Day Out – the day of their expulsion or extermination. The most humane is the collection of eggs in reservoirs. Next – strangling carbon dioxide in plastic bags. Local residents catch amphibians, take them to special destruction points, where experts kill animals, and then utilize the remains so that they do not poison the scavengers.