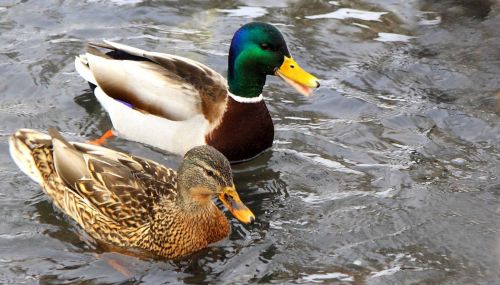 Scientists first saw how mallards attack and devour other birds. The victims of the attacks were the wagtail and the redstart. According to the researchers, we can talk about a new model of behavior of wild ducks.

Scientists from Cambridge saw a rather unusual and at the same time frightening picture. Zoologist Silviu Petrovan managed to capture the attack of wild mallards on migratory birds. On the unusual behavior of animals tells the BBC, and in detail the results of the research scientists outlined in the magazine Waterbirds.

Attacked were two nestlings of wagtail and redstart. The first attacked an adult female: she caught up with the chick, grabbed it with her beak, lowered it under the water, and swallowed it. The redstart attacked the young drake. The nestling sat down on the water, and when he realized that the danger was nearby, he started screaming and running away. But mallards were quicker and caught a hapless bird. In the end, scientists lost sight of the redstart: either it drowned or was eaten. 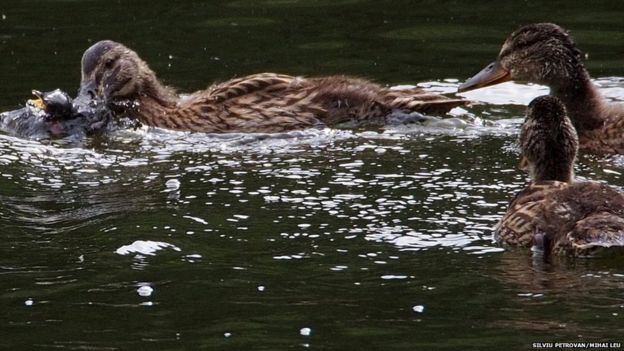 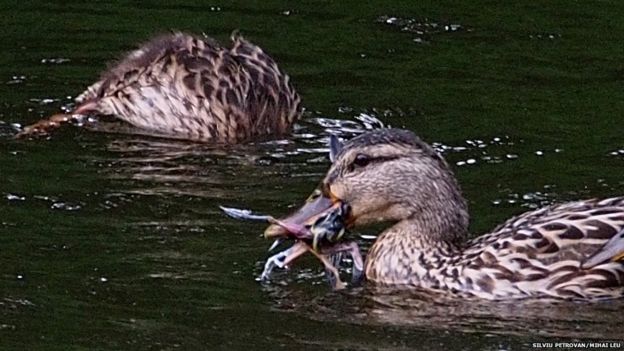 Silvio Petrovan and his colleagues did not find any references to the eating of other birds by mallards. Moreover, these animals are not at all adapted to hunt for relatively large prey. They have “harmless” flat beaks and a digestive system that is unsuitable for digesting feathers and bones. Mallards sometimes dilute their vegetation diet and prey on small invertebrates, insects, mollusks, small fish, crustaceans, tadpoles and even frogs. But the attack on other birds was a real discovery for scientists.

Mallard is a bird from the family of ducks. This is the most famous and widespread wild duck. Males reach a length of approximately 62 cm, and females – 57 cm. Weight of poultry – up to 2 kg. For mallards, pronounced sexual dimorphism is characteristic: males, in particular, have a much brighter color.

Scientists find it difficult to say unequivocally why ducks began to behave this way. Researchers believe that this may be a new model of feathered behavior. To be more precise, mallards in this way, perhaps, are looking for new sources of protein.

Researchers are increasingly recording unusual “gastronomic predilections” of animals: it is often associated with global warming and climate change. In 2015, scientists saw how the Cape sea cat caught up and ate a large blue shark. Until this point, the researchers believed that the pinnipeds do not prey on such prey. This incident, as it turned out later, was not the only similar case. It is also worth recalling that earlier seals were accused of killing hundreds of stupid dolphins “for fun”.