Wild eagle in the US took home cat 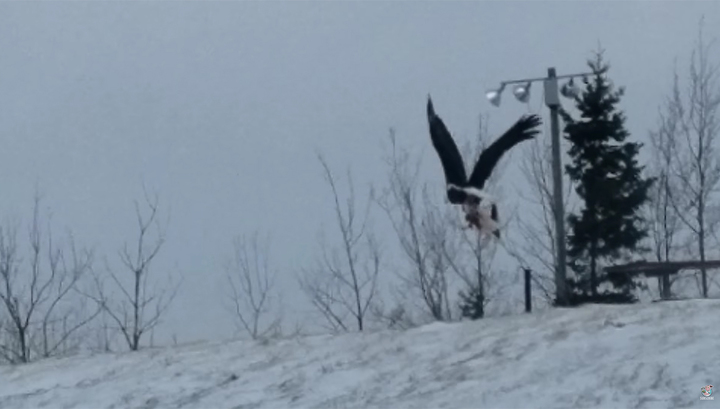 The network got a video, which shows how a wild eagle carries away a domestic cat, tightly squeezing it in its claws. The incident occurred in the US state of Minnesota. What happened to the pet is unknown, reports the Daily Mail.

On the frames published below, it is captured how the eagle lifts a cat into the air. The unfortunate captive is obviously heavy for a bird of prey. It is evident that it took all the forces to not let the victim out of claws.

“Poor cat.” Sometimes a predator himself becomes a victim, “one of the audience commented on the video.

I hope the cat is ok