Yakutia was captured by “mammoth fever” 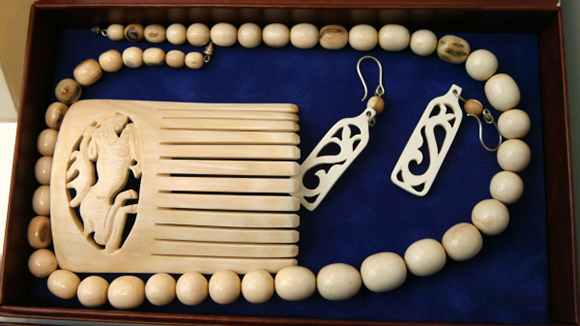 The most headline story with sale of tusks happened in 2010 when two Russians, Mikhail Gladyshev and Andrey Zvonkov, adjusted export of tusks from the country. They bought up goods at black diggers. And for execution of export permits of tusks in management of Rosokhrankultura used invalid and false documents.

Within several years the criminal duet exported more than 100 t of tusks which market price constitutes to $1 thousand for 1 kg from Russia. They received for ton on average $500 thousand. The total income constituted about $50 million. Detained them on a customs post of Torfyanovk near Vyborg when malefactors carried a batch of tusks with a lump of 2,8 t and worth more than $1 million. Both were found guilty on 72 episodes of smuggling and sentenced to eight years of imprisonment conditionally.

The agiotage around this business began a few years ago when there were agents ready to pay very big money for tusks. And demand of the last decades for a mamontovy bone is generated by a partial prohibition of the UN of 2002 on trade in ivory because of reducing population of elephants in Africa and Asia.

Penalty for illegal trade of tusks in Russia — only 3 thousand rubles. At the same time the cost of a tusk of a mammoth can reach 1,8 million rubles (finds weighing more than 100 kg meet) in case of official delivery, and it is possible to receive about 25 thousand rubles for kilogram of bones of an animal.

The cost of tusks can vary after assessment by experts. Price of a mammoth tusk contractual. Spill can cost 0,5–1,5 thousand rubles for kilogram, the first grade and collection tusks — 10–15 thousand rubles for kilogram. Therefore during smuggling detention the different prices which at the nonspecialist can raise questions often are called. And punishment which is prescribed by the law for such offense — confiscation of goods plus payment of a penalty which are equal to the double price of withdrawn.

By various estimates, only in the territory of Yakutia there are about 400 thousand tons of tusks, in the north are concentrated main kostenosny as it is accepted to call them in geology, the province of the country. These are about 60-80% of all world reserves. Annually 20–50 t of tusks and bones are squeezed out from permafrost of Yakutia. But gold prospectors have already not enough this production, and they use the water pumps destroying smaller elements of skeletons of prehistoric animals. The tusks which aren’t collected within two years and not processed on the preserving technology collapse.

— If earlier production came down to superficial collection of what was in time вытаять for short summer, then now getters wash away slopes from the fire engines connected to motor-pumps — the expert of the Ministry of Culture, the paleontologist Vladimir Zhegallo told Izvestia. — They wash out adits to 60 and more meters deep into of permafrost, taking tusks and large bones and destroying all other fossils.

And as a result destruction of permafrost layers and violation of integrity of the soil negatively is reflected in an ecosystem of the region. Dirty water gets to the rivers, and fish who here was much earlier left. However, to gold prospectors all the same. Only scientists-paleontologists yes local historians worry.

Gold prospectors take only tusks or big bones, skulls of mammoths which can be sold profitable. The rest is quite often destroyed.

In August, 2015 the escaped carcasses of two fluffy kittens of a cave lion were found miracle.

— Getters left an adit to smoke, and gasoline came to an end — Vladimir Zhegallo remembered. — Therefore the stream of water “on the last legs” washed up kittens from breed, having damaged only one of them. The escaped kitten will go to an exhibition to Vienna. Tissues of the victim research, including study DNA.

The commission chairman of the Civic chamber of the Russian Federation on ecology and environmental protection Sergey Chernin considers that “even movement by all-terrain vehicles destroys a thin soil and vegetable cover of the tundra”. Production of a bone of a mammoth by method of washout conducts to irreversible consequences: erosive processes in the soil amplify, there is a pollution of the rivers, plants and animals perish, the ecological situation in general worsens.

— In Russia there are enough efficient laws, a problem that not always they are observed. In a situation with production of a bone of a mammoth it is necessary to strengthen control, and not only from nature protection bodies — Sergey Chernin says. — So far as these activities are subject to licensing, it is necessary to control as far as it in reality corresponds to conditions of license agreements. Besides, it is necessary to enter tough control of the market of remains of prehistoric animals.

The market of production of a mamontovy bone isn’t adjusted yet. It isn’t determined what to carry tusks to: to a part of a subsoil or to minerals. Ten years ago in Yakutia the regional law on regulation of use and the order was adopted by a remaining balance of mamontovy fauna, but it was protested by prosecutor’s office.

Ministry for Protection of the Environment and Natural Resources of Yakutia note lack of the accurate regulatory base on collection, implementation, export of a paleontologic remaining balance of mamontovy fauna. Mammoth tusks according to the All-Russian qualifier of minerals and OK underground waters 032-2002 are included into group “collection paleontologic materials”.

It is possible to get tusks and a bone of a mammoth only according to the license for collection of mineralogical, paleontologic and other geological collection materials according to item 6 of Art. 6 of the Federal law “About a Subsoil”. The most part is issued on collection of a mamontovy bone in the territory of the Republic of Sakha (Yakutia).

There is a license of Rosprirodnadzor only 7,5 thousand rubles and is issued for five years. For 2016 the number of the licenses arranged in Yakutia exceeded everything issued for the last three years.

After collection they shall provide the report in Rosprirodnadzor on where finds were made. After that tusks arrive in their property. Sale and movement of paleontologic material on the territory of the country free. As a rule, gold prospectors sell tusks in Yakutsk. A part is carried to Moscow or St. Petersburg where the prices are higher. Izvestia called one of such Moscow shops.

— Documents on tusks aren’t necessary — the purchaser explained. — The price of material depends on a class and safety. For the whole tusk of long 2 m we pay from $15 thousand for 1 kg.

Because of opacity of the market forever finds, valuable to science, quite often vanish.

In Russia the small product demand from a mammoth tusk therefore the most part of a bone goes abroad in the form of raw materials.

— From 50 t extracted in a year, about a third leaves abroad smuggling — Vladimir Zhegallo told. — The main buyers are in Hong Kong and the Chinese province Heilujiang. It is less — in Western Europe and the USA. Recently a half of goods goes to China directly from Yakutia. To Western Europe — through Moscow and St. Petersburg. For export of a mamontovy tusk abroad it is necessary to receive a packet of documents where coordination of Rosprirodnadzor and permission of the Ministry of Culture enter. The export license is granted by Minpromtorg.

However, there is a lot of also those who are ready to bypass customs.

— In Yakutia many Chinese dealers appeared — Vladimir Zhegallo says. — It is united diaspora which in case of profitable case can accumulate a solid money. In case of large consignments of tusks they buy up them then to sell to China. Try to transport by all known methods: bear through customs in checkered bags, prikapyvat in cars with coal, try to agree with customs officers about export.

— The Far East customs officers stop smuggling of tusks of a mammoth and a horn of a woolly rhinoceros including rather large parties. The withdrawn materials after the relevant decision of court are transferred to the museums — the chief of department for public relations of the Far East customs authority Polina Stetsurenko told.

On all Far East customs authority in a year about ten similar cases are fixed. According to Izvestia, paleontologic material without the relevant documents most often is tried to be taken out to China through Blagoveshchensk. The last case — detention of the citizen of the People’s Republic of China all in the same Blagoveshchensk. In a cabin of the truck he hid a 11-kilogram tusk of a mammoth.

In June, 2016 at the check point of Amurzet, on border of the Jewish Autonomous Region with the People’s Republic of China, detained the resident of China with illicit tusks of a mammoth. The weight of the taken goods constituted 77 kg. It took in a driver’s cabin of 28 tusks. It is threatened by seven years of prison and a penalty to 1 million rubles.

After work of specialists when the tusk turns into this work of art, it reaches cost in one million dollars. Such products are very popular in China.

Experts are recognized that as it stands business on production of tusks has a set of minuses — the technology based on washout of the soil ruins the tundra. The country doesn’t get possible profit — raw materials, but not products abroad leave.