Yeti is the result of secret military genetic experiments? 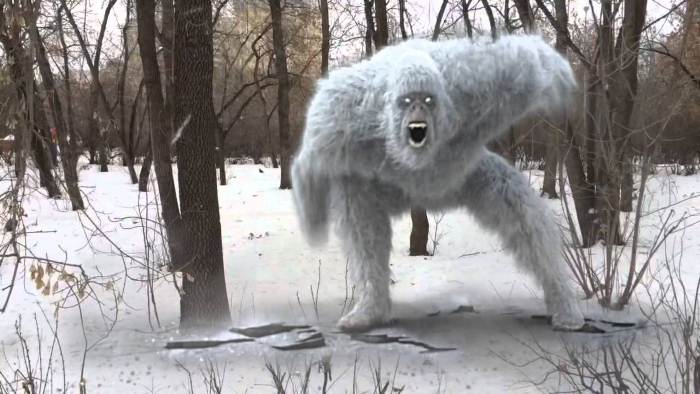 Big Foot. Yeti. Bigfoot. Homin. He has many names, but scientists still do not know with whom (what?) They are dealing with: a living being, by the will of nature forced to hide in snow-capped mountains, or with the fruit of a rich human imagination. But a third option is possible …

The most important argument in favor of the reality of the existence of the homin – and this is what is now increasingly called the snow man’s hominologists – is the numerous testimony of eyewitnesses, strikingly similar to each other.

In Russia, the first recorded meeting with a snowman occurred in the winter of 1947. A hunter from the village of Andreevka of the Dzhambul region met several snowmen in the mountains at once. A professional instinct worked: he shot them, but, to his surprise, did not hit. The Yetis fled instantly. The hunter returned home. 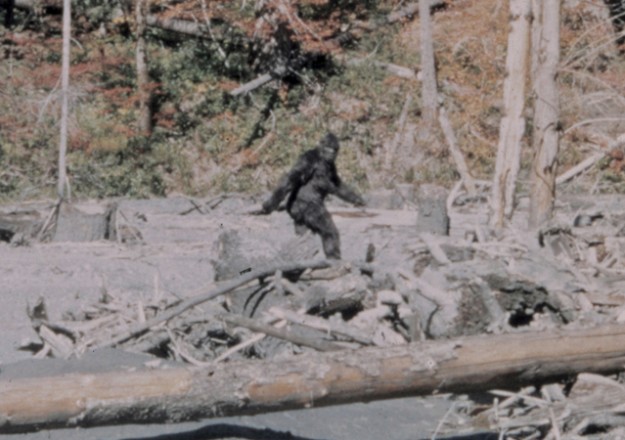 Bigfoot, shot by Roger Patterson and Bob Gimlin in 1967 in Northern California. Many believe that the creature was real, many also think that the video was fake. There is no convincing evidence of either side

Rumor says that after two weeks he was paralyzed and he died. But this is most likely a fable: as experience shows, encounters with a snowman pass without consequences. Yeti never showed direct aggression towards people, never attacked them. Apparently, a person does not interest him – neither as an opponent, nor as a gastronomic dish.

The world famous for the snowman brought history, which occurred in August 1958 with Ray Wallace, a resident of San Diego. Being a bulldozer in a construction company, he came to work and saw around his car a chain of huge traces, similar to human. Traces led from the forest, walked around the bulldozer from all sides and again went into the forest, through which the builders paved the way.

The next day, with the easy submission of Ray about the incident learned all the local newspapers. Journalists immediately dubbed the mysterious creature bigfoot (from the word bigfoot – “bolosheny”), and although Ray’s relatives subsequently claimed that he had invented this whole story for self-promotion, it was too late: everyone started talking about the Yeti.

The level of discussion was so high that even skeptical Soviet scientists joined it. Snowman suddenly saw in different parts of the world. Everywhere, where there is snow and at least some mountains, there were eyewitnesses who saw a bigfoot.

REPORTS OF THE EXPLORATION

Today, a snowman is spoken much less often, but he is still seen often. In the winter of 2006, residents of the Arbazh region of the Kirov region almost every day found mysterious tracks in the snow: 40 cm in length and 20 cm in width. One can only imagine how large a “little animal” has chosen a Vyatka coast … 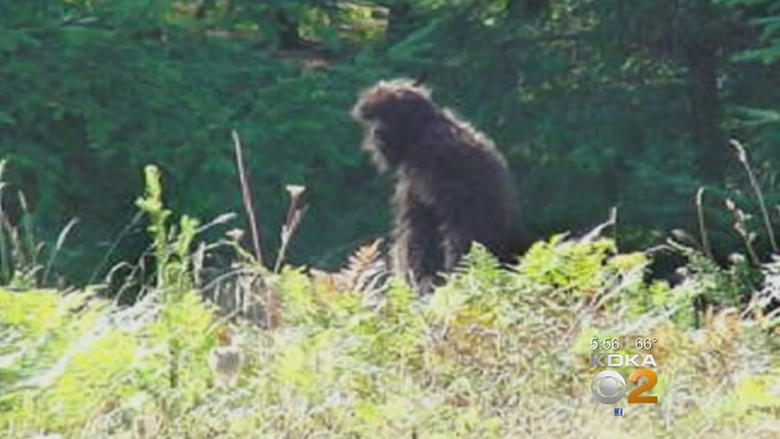 A creature caught on video in the forest of Pennsylvania. Bigfoot or a bear?

In the spring of the same year, the hunters, who had chosen the northernmost county of England, Northumberland, for their fishing, repeatedly came across huge footprints left, as they said, by none other than the Yeti.

In the same area, next to Lake Bolam, several groups of hunters at once on the same night, but in different regions the following picture was observed: a huge furry creature leaped out of the wood with a growl, carefully looked at people, and after a few seconds hid in the thicket. Most of the eyewitnesses agreed in describing the unusually bright – burning! The eye of an unknown being.

Skeptics, however, assure that this incident is easily explained by the imagination of the participants in the hunt. After all, there is a road beside which cars drive at night with the lights on: you have burning eyes.

Who is right, who is to blame – you will not disassemble, yes, perhaps, and not worth it. The theory of existence of the snowman has always been, there are and will be both opponents and supporters.

In the spring of 2006, the Yeti was again noticed – this time in China. A snow man, 2.5 meters tall, with bright red hair, met a hunter in a national reserve in Hubei Province. Arriving at the scene of the event, the scientists found traces similar to human ones, only too large – 40 cm long.

Similar prints were also found in Switzerland, Canada and several northern US states. Too much geography for the “flickering imagination.” 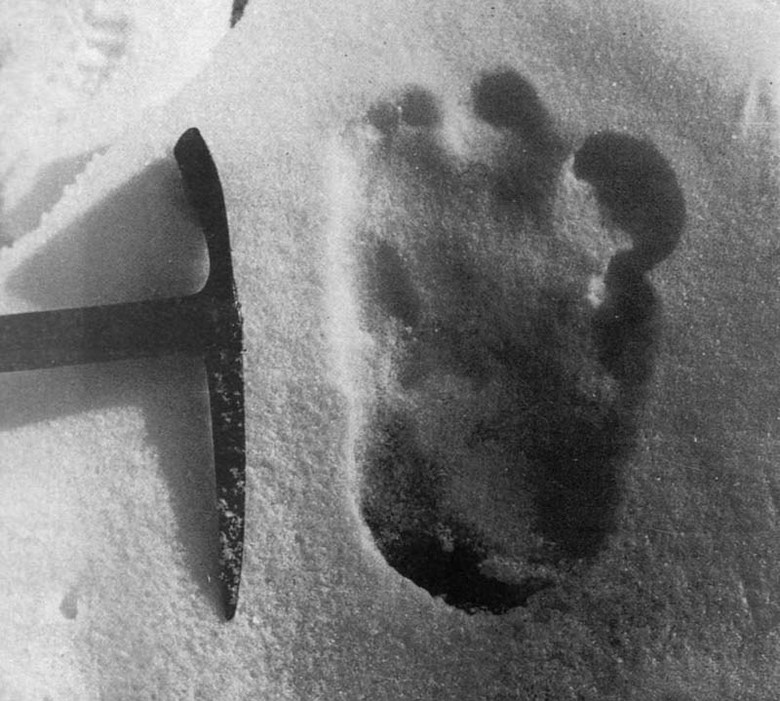 This is where the third version appears: a mysterious bigfoot is nothing but a military development. At first glance, nonsense. But only at first.

Fans of the “military” version of the origin of the snowman associate his appearance with the end of World War II. To be more exact, in the autumn of 1945: exactly then the results of the research of German scientists – in the most diverse fields of science – were in the hands of the special services of the USSR and the USA.

As you know, the Nazis for the sake of science did not stand on ceremony with “expendable material” – a man. Numerous experiments on humans, experiments in the field of genetics should, in the plan of the Nazi scientists, ultimately lead to the appearance of a superman, capable in particular of resisting frosts and staunchly enduring global cooling.

Scientists from the US and the USSR continued these studies, setting various experiments on anthropoid apes. After a while – in the 1950s – in both countries there was an urgent need to test the effect of radiation on living organisms. And we all approximately imagine what it is: the diversity of species as a result of the mutation is ensured. Plus genetic engineering. In the light of the above, the appearance of the so-called yeti does not look unreal. 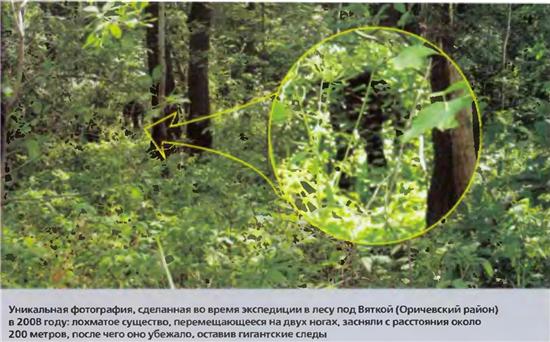 It may very well be that, contrary to world laws, experiments were conducted on people. And the result of genetic mutations was a man who significantly increased in size and weight, and also overgrown with long hair. Of course, all these experiments are still strictly classified, and therefore we can not know how much such a serious transformation at the genetic level is really possible. It remains only to guess.

But let’s return directly to the snowman. In the Soviet Union it was first seen in 1947, that is, 2 years after the receipt of data from Germany: a period sufficient for studying the material and its revision. In the US, because of a lack of information on the creation of a snowman, it took 13 years: Ray Wallace discovered giant tracks from his bulldozer in 1958.

However, in both countries the experiment proceeded according to one scenario – this is the only way to explain the external similarity of “objects” observed in completely different points of the planet.

Of course, this version will not put an end to the dispute about the Yeti. Millions of different theories and interpretations of the origin and existence of the snowman will be offered. But, according to the proverb, sooner or later all the secret becomes obvious.

LOL! Where can I get one of those costumes? Halloweens coming, ya know…..