An “anomalous incident” has occurred with the James Webb Space Telescope 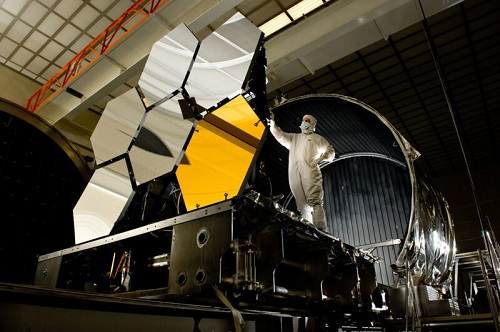 NASA is leading an anomaly investigation panel to investigate and conduct additional tests.

There was a brief announcement Monday from NASA about a proposed launch date for the $10 billion James Webb Space Telescope, and the announcement was not particularly cordial.

The launch date for the major space telescope has been moved from Dec. 18 to Dec. 22 following an “incident” that occurred during technology operations at the launch site in Kourou, French Guiana. That is where the telescope will be launched on an Ariane 5 rocket provided by the European Space Agency.

Let’s be frank, words like “incident,” “sudden,” and “vibration” are not expressions one wants to hear about the handling of such a delicate and virtually irreplaceable instrument as the Webb Telescope. However, NASA, the European Space Agency and the rocket’s operator, Arianespace, have a plan for the way forward.

NASA is leading an anomaly study commission that will investigate and conduct additional tests to determine with certainty that the incident did not damage any part of the telescope. NASA said it will provide an update when testing is completed later this week. A high-ranking source at the space agency said that testing is currently ahead of schedule, and that unless a major problem is identified, the Dec. 22 launch date should hold.

Any setbacks in Webb’s progress toward launch are felt particularly painful because the journey to this point has been such a long, long time. The launch of the Hubble Space Telescope, the follow-up to NASA’s successful Space Telescope, was originally planned about a decade ago at a cost of $1 billion. Since then, technical problems and delays have plagued the complex telescope.

Webb’s creation has been hampered by the fact that its 6.5-meter mirror must unfold once it reaches an orbit about 1.5 million kilometers from Earth. This is an extremely complex process, and there are more than 300 points of failure aboard the observatory. NASA has had difficulty testing them all on Earth under conditions that mimic the temperature, pressure and microgravity of deep space.

NASA science chief Thomas Zurbuchen said Monday that it was important for NASA to make sure the telescope was healthy before launch. “I am confident that the team will do everything possible to prepare Webb to explore our cosmic past,” he wrote on Twitter. “Certainly this step is worth the wait.”