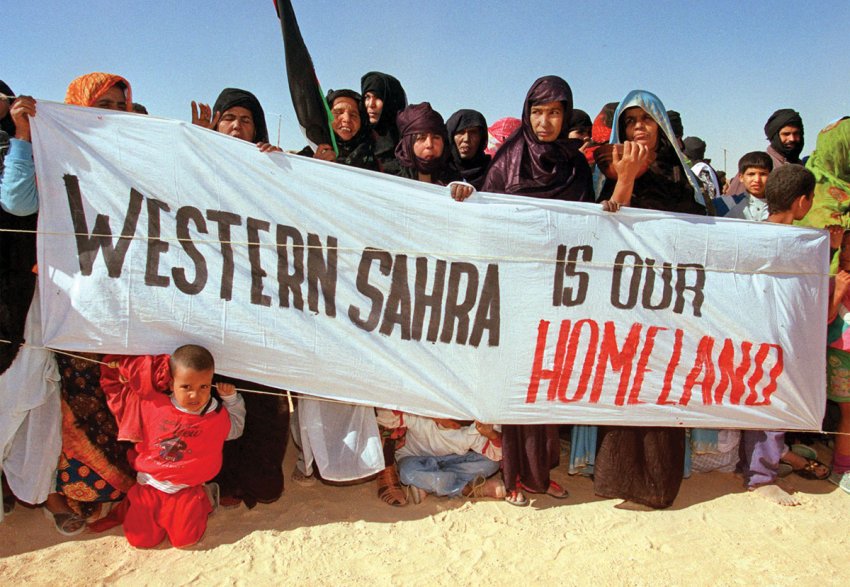 In this special rebroadcast of a Democracy Now! exclusive documentary, we break the media blockade and go to occupied Western Sahara in the northwest of Africa to document the decades-long Sahrawi struggle for freedom and Morocco’s violent crackdown. Morocco has occupied the territory since 1975 in defiance of the United Nations and the international community. Thousands have been tortured, imprisoned, killed and disappeared while resisting the Moroccan occupation. A 1,700-mile wall divides Sahrawis who remain under occupation from those who fled into exile. Earlier this month, a three-decade ceasefire in Western Sahara ended after the Moroccan military broke into a southern no-go buffer zone on November 13 to attack Sahrawi civilians and exchanged fire with the Polisario Front, the Sahrawi liberation movement seeking independence. Morocco’s action came shortly after a top U.S. general met with the commander of the Royal Moroccan Armed Forces Southern Zone, which includes occupied Western Sahara. As Morocco and the Polisario engage on the battlefront, dozens have been arrested in the occupied territory. In late 2016, Democracy Now! managed to get into the Western Saharan city of Laayoune, becoming the first international news team to report from the occupied territory in years. Many of the Sahrawis in this film are currently under police siege or in hiding.