Germany is considering total isolation and mandatory vaccines against Covid 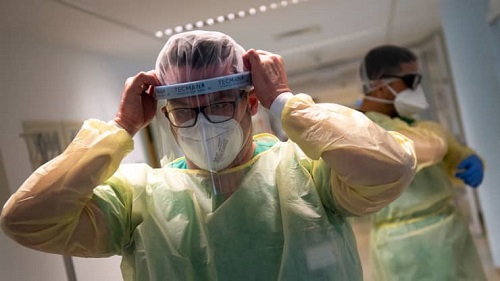 Germany will decide Wednesday whether to tighten measures against Covid. Officials are considering stricter rules for Covid and even complete or partial isolation.

A record number of Covid cases are being reported daily in Germany and the strain on hospitals is growing as the delta variant of the virus gains strength. This week, Health Minister Jens Spahn has already issued an alarming warning to Germans.

Germany is about to decide to tighten restrictions on Covid-19 and may even decide on full isolation amid a record daily number of infections and increasing pressure on hospitals.

The country’s health minister, Jens Spahn, has already issued a grim warning to Germans this week, saying that by the end of winter, “virtually everyone in Germany will be vaccinated, cured or dead.” Outgoing Chancellor Angela Merkel called on the heads of Germany’s 16 federal states (which were largely free to determine their own vaccination measures) to decide on stricter rules by Wednesday.

On Tuesday, Spahn reiterated this demand, adding that more public places should be restricted to those vaccinated, those who have recently recovered or those who have tested negative – the so-called “3G rule.” As of Wednesday, the 3G rule applies to all Germans going to work or public transportation.

Many German states have already restricted access to public places such as bars, restaurants, cinemas and museums under the “2G rule,” limiting access only to those who have been vaccinated – “geimpft” in German – or have recovered, “genesen.” A number of major German Christmas markets that have not been canceled this year have adopted 2G rules.

Last week, the government and the federal states agreed on further nationwide restrictions, which will take effect depending on the level of hospitalization in the respective federal state.