‘It was a nice break from everything’: Two men rescued after 29 days at sea 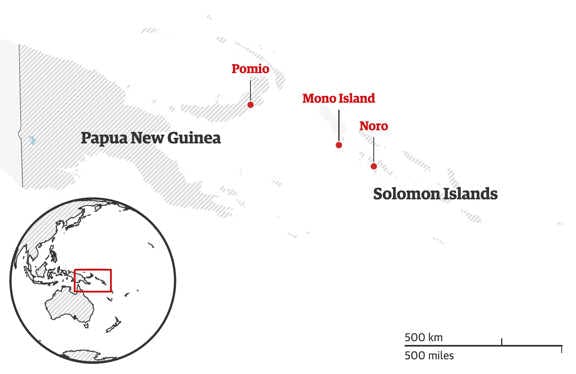 Two men from the Solomon Islands who spent 29 days at sea after their GPS tracker stopped working were rescued off the coast of Papua New Guinea, 400 kilometers from where their journey began.

Liwaye Nanjikana and Junior Colonie set out from Mono Island in the Western Province of the Solomon Islands on the morning of September 3 in a small 60-horsepower motorboat.

They planned to sail 200 kilometers south to the town of Noro on New Georgia Island, using the west coast of Vella Lavella Island and the Gizo Islands to their left as a reference point.

“We’ve done this route before, and it should have been fine,” Nanjikana said.

But even for experienced sailors like Nanjikana, the Solomon Sea, which separates the Solomon Islands from neighboring Papua New Guinea, is notoriously rough and unpredictable.

Just a few hours into the journey, they encountered torrential rain and strong winds, making it difficult to see the coastline they were to follow.

“When the bad weather came, it was bad, but it got even worse and scarier when the GPS died,” he said. “We couldn’t see where we were sailing, so we decided to stop the engine and wait to save fuel.”

Surviving on the oranges they took with them on the road, the coconuts they picked at sea, and the rainwater they collected with a piece of canvas, they sailed about 400 kilometers northwest for 29 days and eventually found a fisherman off the coast of New Britain, Papua New Guinea.

“We didn’t know where we were, but we didn’t expect to be in another country,” Nanjikana said.

The men were so weak that when they arrived in the town of Pomio on Oct. 2, they had to be carried off the boat to a nearby house.

A few weeks earlier, another boat with 13 passengers on board disappeared off the coast of Bougainville and 36 hours later ended up 50 kilometers north of its destination.