Love and sex in the internet age 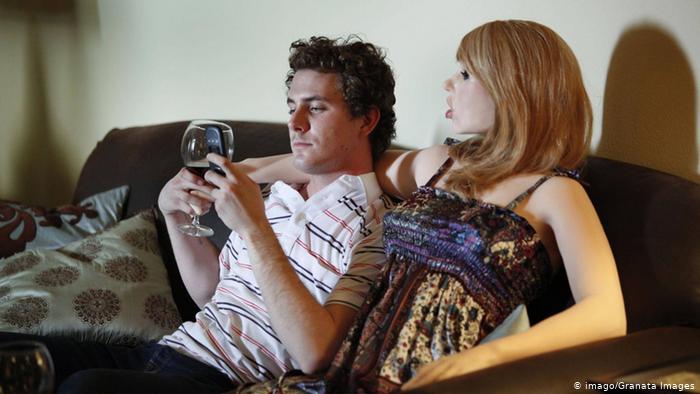 The singles market is big and online dating businesses are booming. Digitalization seems to make finding the perfect mate simple. All it takes is a pair of clicks and you’re in the “dating zone.”

More than 20 million people live as singles in Germany, Austria and Switzerland.
Millions of them today use dating platforms, particularly apps. “That we kicked off a revolution – we certainly didn’t expect that. Everything we do is aimed at directly linking people to each other. Today, no one has to be in a certain place in order to get acquainted,” says Whitney Wolfe, about the most successful international dating app, Tinder. Wolfe is now the CEO of the dating app Bumble. The intuitive selection of a photo on a smartphone and access to others with similar interests (the famous “match”) is a popular matchmaking principle today.

The big online dating services, on the other hand, use tests and algorithms to allegedly decide who’s right for whom. The process is painstaking and mysterious. The formula that underpins German dating site Parship was developed by psychologist Hugo Schmale, who’s now 87. Yet even he doesn’t believe in love for life: “The boys and girls of tomorrow are all going to live to be 90. If they first meet each other at fifteen, then that’s a strange idea, that they would remain in the same relationship from fifteen to 90. It’s normal that people change and you need the chance to be able to split up again, too.” Historian Moira Weigel says dating has long shared much with the world of work, and not just in the Internet age. Self-promotion and self-improvement aren’t exclusive to the smartphone era. Sociologist Eva Illouz, however, warns that capitalism has appropriated love itself. This documentary takes the viewer into the world of online dating and tries to discover how courtship has changed in the digital age.