Nostradamus’ predictions for the year 2022 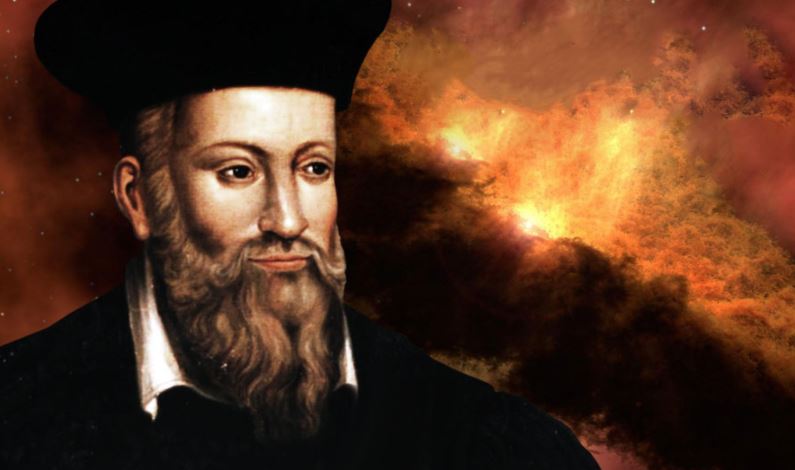 The apocalyptic situation we have been living in lately may not end in 2022, but quite the opposite. Now you will learn Nostradamus’ terrifying predictions for the year 2022.

Nostradamus, the most famous seer of all time, predicted various misfortunes for the year that is about to begin. “Great calamities of blood and famine” is how the page for next year begins.

Michel de Nostradamus, known as “Nostradamus,” was a French astrologer, physician and famous seer who is best known for his book Les Prophéties, which is a collection of 942 poetic quatrains supposedly predicting future events. The first edition of this book was published in 1555.

Nostradamus’ prophecies have become a classic of the New Year. Nostradamus’ predictions over the years have been quite accurate, and most of them have been very negative.

He even predicted some of the biggest events in world history, including wars, draughtsmen, murderous invasions and battles. It has even been suggested that the astronomer guessed a pandemic.

Here are Nostradamus’ 5 prophecies for the year 2022.

The book says that this year there will be a meteor strike and an asteroid rain that could lead to the destruction of the planet. Nostradamus described it as a “long plume of sparks” in the sky consisting of fire.

The seer predicted that the world would see an increase in inflation, meaning a significant decline in the value of the U.S. dollar.

According to another prediction, France will have a crisis in 2022 due to a major storm that will cause floods, fires and droughts in other parts of the world.

The nuclear bomb will explode.

According to Nostradamus, a nuclear bomb will explode in 2022, causing a change in the climate and position of the earth. It will also cause floods and earthquakes.

According to his predictions, world hunger could increase because of armed conflicts. This will lead to more displacement of populations. He also added that seven times as many people will be washed up on beaches.

The death of a great leader

“The sudden death of the first hero, he will be changed and another will be placed in his kingdom.”

Nostradamus alludes to the death of a great political leader in 2022.

“In the opposite climate of Babylon, great deeds will be without shedding.”

According to Nostradamus, the world will face a major climate war in 2022. The most likely scenario, according to experts, is that one country will be left without resources and will attack another. To guarantee the livelihood of its citizens.

The seer predicted that in the next year, many basic resources on much of planet Earth will become scarce.

We definitely have our fingers crossed that 2022 will be a much better year!