The radical states of America 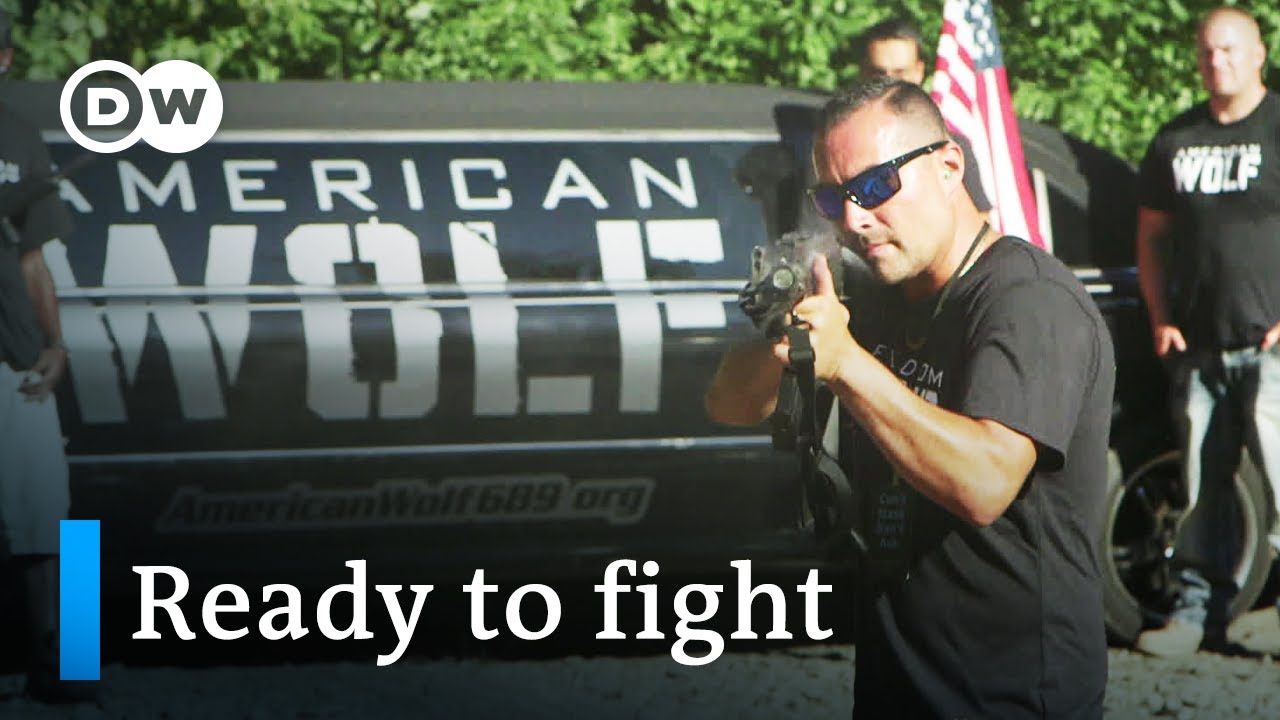 They want an election victory for Donald Trump, and they’re ready to use violence to get it. Far-right civilian militias like “American Wolf” now act openly. DW Washington correspondent Oliver Sallet looks at a country heading for potential chaos.

The United States is facing historic elections. Emboldened by President Trump’s aggressive rhetoric, far-right vigilante groups have been training with firearms, patrolling the streets and even planning high-profile kidnappings. The United States is estimated to have more than 180 armed militias. Many of them want Donald Trump to be returned to office, by whatever means necessary. They carry their weapons openly and make it clear they’re not afraid to use them.

Members of the group “American Wolf” from the state of Washington can at times be seen out on patrol during Black Lives Matter rallies, operating as self-appointed “peacekeepers”. “These people aren’t demonstrators, ” says American Wolf leader Peter Diaz referring to the BLM protesters, “they’re criminals who are trying to destabilize our government.”

Meanwhile Black Lives Matter activist Keturah Herron feels intimidated by the far-right militias that have now also appeared in her home city of Louisville, Kentucky. She wants justice for all the black victims of police brutality and is hoping for a new president who will take a stand against racism. Experts like extremism researcher Cynthia Miller-Idriss are warning that the United States is in a “tinderbox situation”.