The U.S. has seen a spike in homicides 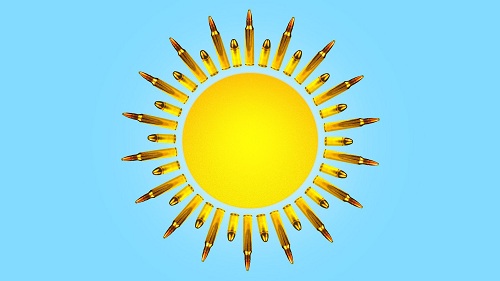 In the U.S., many cities have already seen an upward trend in homicide rates. Why it matters: The rising homicide rate is a public health crisis with many interrelated causes, making it even more difficult to solve.

From Washington, D.C., to Louisville, Kentucky, from New York City to Oakland, California, from Kansas City to Atlanta, homicide rates are trending upward in cities and towns across the United States.

A sample of 37 cities with data available for the first three months of 2021, compiled by crime analyst Jeff Asher, shows that homicides are up 18 percent over the same period in 2020.

The continued increase comes after a year in which homicides rose 33% in major U.S. cities, and 63 of the 66 largest police jurisdictions saw increases in at least one category of violent crime, according to a report by the Major Cities Chiefs Association.

While it may be tempting to write off 2020 and the early 2021 numbers as an aberration caused by the pandemic, homicide rates were already rising in the years leading up to the pandemic.

After murder rates reached a contemporary low in 2014 after a quarter-century of overall decline, they began rising again in many cities.

Criminologists still do not agree on a single explanation for why violent crime rates fell sharply in the 1990s, and are even less sure why they have risen so sharply in the past 16 months.

The direct and indirect effects of the pandemic almost certainly played a large role: Schools closed, violence prevention programs had to be phased out, and unemployment rose sharply, especially in large cities.

However, property crimes, such as robberies, have largely continued to decline, and historically there is no clear correlation between periods of economic turmoil and homicide rates.

Although some police leaders blame the nationwide marches that followed the police killing of George Floyd last summer for the problems, with few exceptions, there is little evidence that the protests directly led to an increase in homicides. But a general decline in policing – plus the effects of the pandemic itself and the closure of the courts – has probably contributed to the increase in murders and the decrease in solving them.

The year 2020 saw a historic increase in firearm purchases – especially among first-time buyers – adding to a nationwide arsenal that was already overflowing with guns. More guns at the ready means arguments can turn into shootings faster, and a lack of trust in the police makes people more willing to take matters into their own hands.

Homicide rates historically rise during the summer months, when more people take to the streets because of the hot weather, and although vaccination coverage is increasing, the pandemic and all its consequences will not be over by then.

“The summer of 2021 will be abnormally brutal,” John Roman, a senior fellow in the Economics, Justice and Society Group at NORC at the University of Chicago, wrote this year. “This is the new normal.”

The historic decline in homicide rates over the past several decades has been accompanied by mass incarceration and increasingly brutal policing, leading to what criminologist Patrick Sharkey called “a troubled world.”