US economy on track to recover from Plandemic: Record-breaking 33% growth in Q3 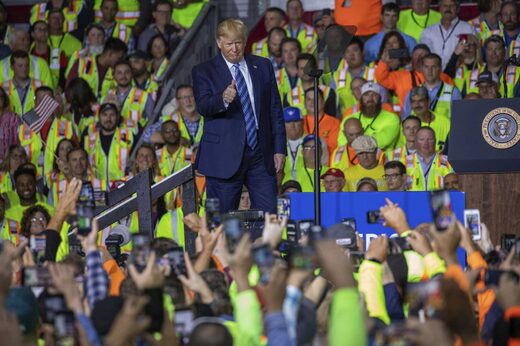 Coming off the worst quarter in history, the U.S. economy grew at its fastest pace ever in the third quarter as a nation battered by an unprecedented pandemic started to put itself back together, the Commerce Department reported Thursday.

Third-quarter gross domestic product, a measure of the total goods and services produced in the July-to-September period, expanded at a 33.1% annualized pace, according to the department’s initial estimate for the period.

The gain came after a 31.4% plunge in the second quarter and was better than the 32% estimate from economists surveyed by Dow Jones. The previous post-World War II record was the 16.7% burst in the first quarter of 1950.

Markets reacted positively to the news, with Wall Street erasing a loss at the open and turning mostly positive. 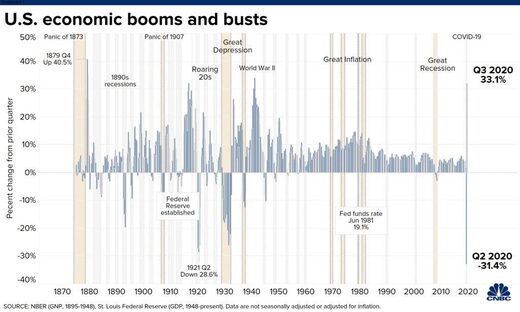 “It’s obviously good news that the economy bounced back in the third quarter,” said Eric Winograd, senior economist at AllianceBernstein. “There’s still a lot of work to do here and the pace of improvement … is going to slow. The stimulus programs that provided much of the economic lift last quarter have expired or are expiring. Fiscal support is diminishing. That is part of the reason that the pace of growth is going to slow from here.”

Increased consumption along with sold gains in business and residential investment as well as exports fueled the third-quarter rebound. Decreases in government spending following the expiration of the CARES Act rescue funding subtracted from GDP.

The powerful growth pace came after states across the country shut down large swaths of activity in an effort to stem the spread of Covid-19, which the World Health Organization declared a pandemic on March 11.