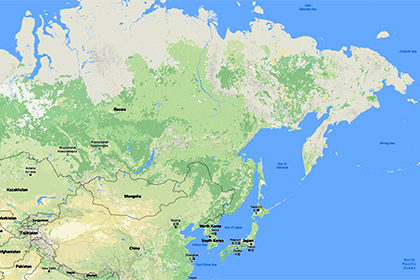 In the far future Siberian and the North American platforms form the new uniform supercontinent. Besides, the Japanese islands will join the territory in which the modern Russia is located. Scientists from the Irkutsk Institute of crust came to such conclusion.

The Siberian platform is a craton, or an ancient platform which base are Precambrian breeds. About one billion years ago she united to the North American platform, forming the territory of 25 million square kilometers. There was 600 million years ago a split therefore there was a paleoaziatsky ocean. Thereby processes which led to emergence of the modern continents began.

According to the corresponding member of RAS Dmitry Gladkochuba, the results which are available today, practices, models allow to predict as continents will be located from each other in the geological future. “The forecast on 250 million years ahead more narrow is made. The Siberian platform will settle down near a northern part of America again, that is the particular supercontinental cycle will come to the end again, the new supercontinent will be formed” — the scientist at a scientific session of the General meeting of the Siberian Branch of the Russian Academy of Science reported.

According to forecasts of geologists, the islands of Japan “will join” Russia only through 30 million years.