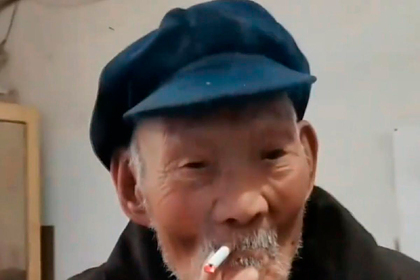 A resident of China, who turned 100 on June 27, called alcohol, cigarettes and fast food the secret of longevity. This is reported by the publication India.

Zhang Kemin said that he lived for so long by smoking, drinking alcoholic beverages and eating whatever he wants. He added that he never worries about junk food and is rarely annoyed.

Kamin even named alcohol and tobacco as the biggest passion of his life. However, he admitted that he had to cut back on alcohol after he turned 90 because he didn’t want to be the cause of accidents at work.

The 100-year-old Chinese man started smoking when he was 20 because he wanted more companionship. He still smokes a pack of cigarettes every day. He has no major health problems other than hearing impairment.

“Now I still can’t understand, is smoking and alcohol good or evil?” He asked.

Kimin now lives in the same house with representatives of five generations of his family and spends time smoking and watching television.

Earlier it was reported that the oldest identical twins from Great Britain, Doris Hobday and Lillian Cox, who consider the secret of their longevity to have sex, brought viewers to hysteria on the air. “I need an elderly man about 98 years old who has six months to live and has a huge checkbook,” Cox said.