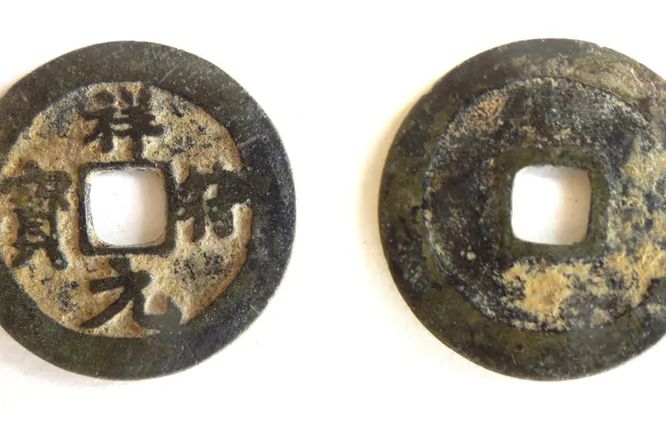 Suddenly, a Chinese coin from the Middle Ages was found in Great Britain. Scientists have not figured out how the Chinese relic got to the south of England, but it shows that Europe and China were more closely connected in antiquity than previously thought.

The found copper alloy coin dates back to the Song Dynasty. It was issued between 1008 and 1016 AD during the reign of Emperor Zhenzong (although it remained in circulation for several centuries). In the center of the round coin with the inscription there is a square hole – with its help several coins were held in a bundle.

The coin was found in the village of Beriton in Hampshire, about 14 kilometers off the southern coast of Great Britain. Researchers are still debating whether this relic was lost by a modern collector, or whether it really belonged to a medieval man.

Historians from the University of Cambridge believe that the coin came to Britain in the Middle Ages. In their opinion, this is indicated by a number of factors. For example, the artifact was found in a place where many other medieval treasures were also found. These include the King John’s coin minted in London in 1205-1207.

The place where the coin was found is close to the coast, so the researchers believe that the area was closely connected by sea routes with other countries.