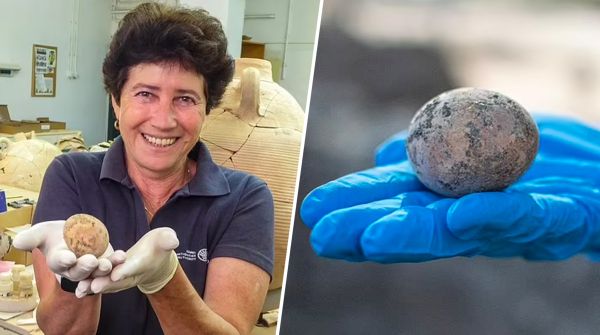 A chicken egg, about 1000 years old, was found in an ancient cesspool in Israel in the sediment of human feces. According to the Israel Antiquities Authority (IAA), the find was made on the territory of an industrial complex of the Byzantine period in the modern city of Yavne, 24 km south of Tel Aviv and a few kilometers from the Mediterranean coast. According to IAA spokesman Lee Perry Gal, archaeologists also know more ancient fragments of eggshells. However, whole chicken eggs were practically not preserved due to the size of the shell.

In the IAA laboratory, the shell cracked after all. As Gal noted, there was very little yolk left inside. Scientists are going to thoroughly examine the ancient egg. In addition, among the sewage, a collection of bone dolls from the Islamic period was discovered, which were used as toys.