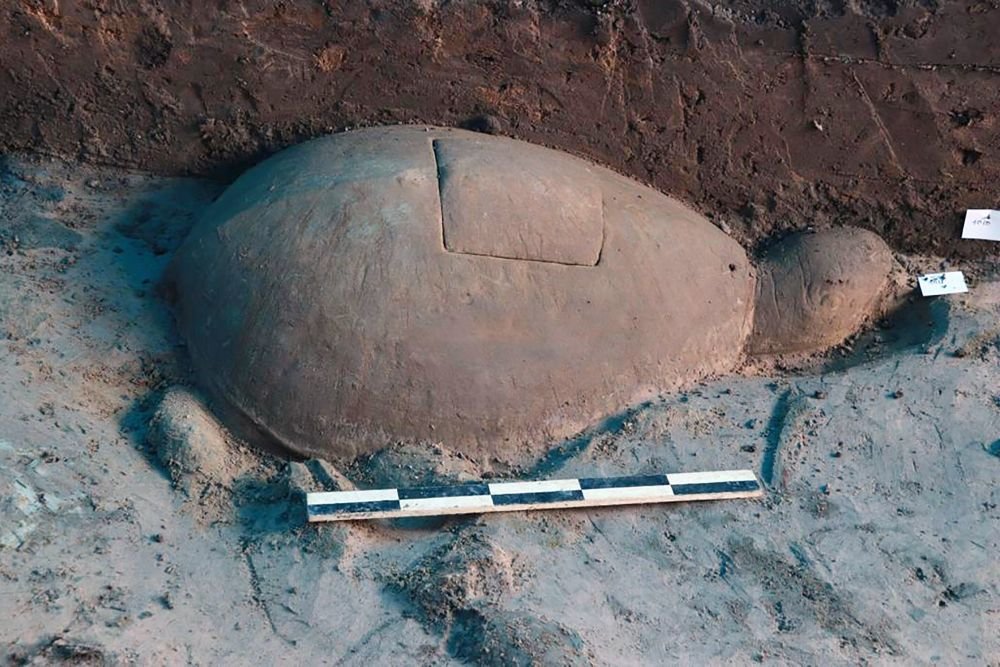 Cambodian archaeologists have discovered a large centuries-old statue of a turtle during excavations that are conducted these days in the famous temple complex of Angkor in the north-west of the country.

According to Phys.org, the find was made in Siem Reap province in northwestern Cambodia. Archaeologists have excavated in the area of ​​Angkor, known as Srah Srang. In this place there were several sacred reservoirs.

A surprisingly large and well-preserved stone statue depicting a turtle was found in one of them. Its length is 93 centimeters and a width of 56 centimeters. Archaeologists tentatively dated this sculpture to the 10th century AD.

In the place where it was discovered, there used to be a small temple. By the way, during the excavation, it was possible to determine its exact location and layout.

According to scientists, for many centuries a stone turtle hid under the water. It was found only after workers involved by archaeologists drained the excavation site.

The statue was deeply immersed in the soil. It took researchers several days to clean and lift it without damage. Several other rare artifacts were also found next to it, including two metal tridents and a head from the statue of Nagi, a mythical serpentine creature.

Scientists are in no hurry to explain the purpose of the giant stone turtle. In some Asian cultures, they are considered symbols of longevity and prosperity.

It is known that the Angkor temple complex was heavily influenced by Hindu culture. When another temple or other important building was erected here, sacred objects were often buried in the ground under them. It was a kind of amulet, which was supposed to bring good luck and protect the sanctuary from various threats.