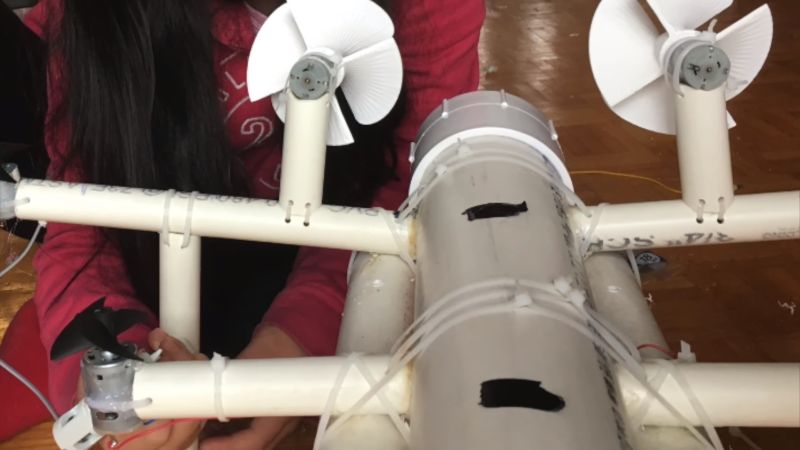 Anna Du from Andover loves water and often spends time in Boston harbor. In her own words, during her next visit to Boston Harbor, she noticed that a lot of plastic debris is scattered on the sand. The girl tried to collect it on her own, but her strength quickly ran out. Of course, she was not the first person who was indignant at the state of the beach – but it was Anna who decided to take up this problem seriously. As a result, she designed a robot with an IR sensor, able to track plastic debris in the ocean.

Small plastic debris (so-called “microplastic”) is a problem not only for Boston, but for the whole world. The particle size of this garbage is only about 5 mm, so it can not be assembled by a conventional network. In the Arctic Ocean, for example, experts estimate that there are approximately 12,000 microplastic particles per kilogram of ice – this is the highest rate ever recorded.

Scientists use the same technique as Du invention, creating remotely controlled devices (ROVs). The plastic absorbs IR radiation well, and therefore it is easy to detect using infrared sensors. Currently, the girl was invited to the Young Scientist Lab, where she will try to improve her robot. The next step, according to Anna’s plan, should not be underwater vehicles on the remote control, but wireless flying drones .