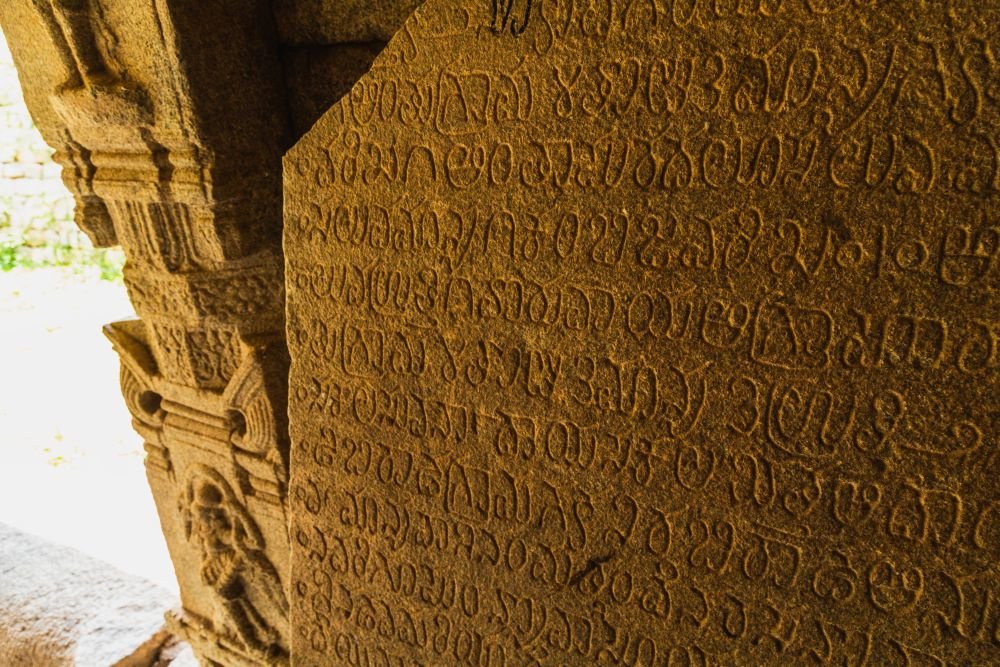 In India in the southeast of the country, archaeological student Vasudeva Reddy from Yoga Veman University, at the instructions of local residents, discovered a 25-line inscription, made in an archaic language about 1200 years ago.

The opening was reported by The Hindu. It was made in the remote village of Chinnadudyala in the Kadapa region. The artifact in question is a slate slab. It is part of a fragmentary pillar recently excavated in the fields of a local farmer.

The inscription is dated to the 8th century AD, the period of the Chola dynasty. This Tamil state arose in the south of India in the 3rd century BC. It reached its peak at the end of the 9th century, when its power spread to the whole of Tamil Nadu and the southeastern tip of the Deccan. It is in this region that the village is located in which the artifact was found.

Scientists have had certain difficulties with decoding, since the text is made in one of the “dead” languages. Epigraphs from the Archaeological Survey of India helped with its translation. They concluded that the text is a record of the giving of six martu (this is an ancient Indian unit of measurement) of land to a man named Sidyamayu.

This man was probably one of the Brahmins serving in the temple of the village called Pidula. Judging by the language and symbols, the inscription consisted of 25 lines, of which 11 were on one side, and the remaining 14 were on the reverse side of the slab.

“The text also says that people who will protect this inscription and preserve it for future generations will receive the status of those who have the right to perform the Ashvamedha Yaga ritual, and those people who destroy it will commit a sin equivalent to causing death in Varanasi “- says Dr. Ramabrahman Vellore.

That is, the inscription promises a reward for some and punishment for others. The fact is that the Ashvamedha Yaga rite was considered one of the most important. It was performed only by the greatest people, as a rule, they were rajas. It turns out that the keepers of the text were actually promised to be given the status of rajah.

At the same time, violation of this “commandment” was threatened with a punishment comparable to the punishment for the murder in the city of the dead in Varanasi. This is one of the most ancient and mysterious cities in India, in which tens of thousands of people come to this day – in order to die a natural death and to cleanse themselves of all sins.

Archaeologists plan to conduct additional excavations at the site of the discovery of the artifact. The slab itself will now be deposited in the local museum.