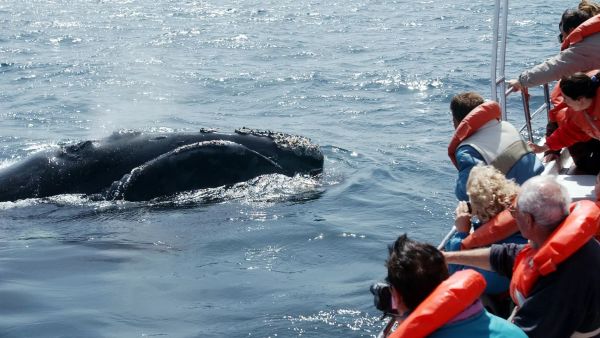 The number of southern right whales found dead in southern Argentina has risen to 30, RIA Novosti was told at the Whale Conservation Institute.

“The number of (dead) whales has risen to 30,” the institute said.

26 adult whales and four juveniles were found. Earlier it was reported about 18 dead animals. The body of the first of them was found on 24 September.

Currently, scientists are working on versions of the causes of death. The hypothesis of poisoning from harmful algal blooms is being explored, as very high levels of biotoxins have been found in plankton and bivalve samples from the area.

Blooming poisonous algae is a worldwide problem. So, in 2015, they killed 300 whales in Chile from their departure.

Human activities are directly related to the blooms of these poisonous algae on the coast, which are stimulated by rising ocean temperatures, emissions from industries and from agricultural fields where fertilizers are used.

The bodies of juvenile and adult whales have been found near the Valdes Peninsula, a place where thousands of tourists come every year from June to December to admire these giants of the ocean. Whales come here to have offspring or feed their newly born cubs. This is the only place in Argentina where tourists can get within arm’s reach of whales.