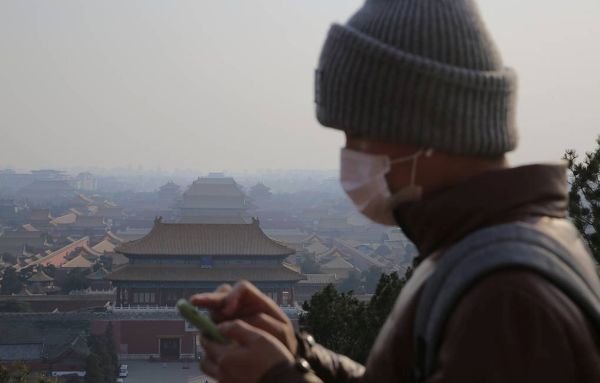 About 15% of COVID-19 victims are associated with air pollution. This is especially true for the countries of East Asia and Europe, write scientists at Cardiovascular Research.

“When people breathe in polluted air, tiny particles from it penetrate through the lungs into the blood vessels, causing inflammation and cellular stress. As a result, the inner surface of the arteries is damaged, they narrow and lose flexibility. Something similar happens when the coronavirus enters the same way. organism, “- said one of the authors of the study, a professor at the University. Johann Gutenberg (Germany) Thomas Munzel.

According to estimates by the World Health Organization (WHO), about 7 million people die every year due to air pollution by various harmful substances. Many researchers believe that in reality, deaths may be noticeably higher. Scientists have not yet come to a common conclusion which types of air pollutants are especially dangerous for the health of people and pets.

Double hit on the lungs

Munzel and his colleagues wondered how much air pollution affects the course of coronavirus infection. To do this, they compared satellite maps of the prevalence of aerosols in the air of major cities in the world with how often their inhabitants died from COVID-19 in the first half of 2020.

For this, scientists calculated how many aerosol particles and microdroplets of smog enter the lungs of residents of these cities and how their penetration into the respiratory system can affect the likelihood of inflammation. This data was used by doctors to calculate the proportion of victims of COVID-19, whose deaths were affected by air pollution.

It turned out that this impact was quite large: for example, in the Czech Republic, air pollution was associated with about 29% of deaths from COVID-19, and in China, Germany, Switzerland and Belgium – from 20 to 25%. In the cities of East and South Asia, this indicator was even higher and reached 35-40%.

The lowest rates were observed in New Zealand, Australia and Israel. There, 1%, 3% and 6% of deaths from COVID-19 could be associated with air pollution, respectively. In Russia, this indicator was generally lower than the European average and ranged from 10% to 20%, depending on the location and level of industrial development of the region.

“Recent research by colleagues shows that aerosols and dust particles increase the activity of ACE2 receptors on the surface of lung cells, which the new type of coronavirus uses to enter cells. Therefore, we can say that air pollution doubles down on human health, damaging lung tissue and making them more vulnerable to virus attacks, “Munzel summed up.