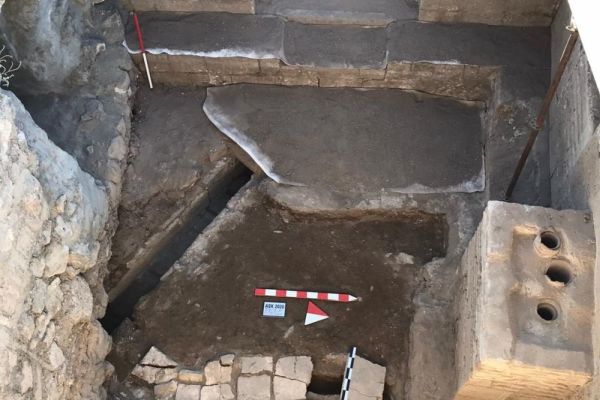 Turkish archaeologists excavating the Amida mound in the historic district of Sur, often referred to as the heart of the southeastern province of Diyarbakir, discovered water canals and a heating system that are estimated to be 1,800 years old.

According to the Daily Sabah, this is at least the earliest heating system ever found in eastern Anatolia. It is noteworthy that the discovery was made in the area where the famous philosopher Ismail al-Jazari conducted his scientific research in the 12th century.

However, this area has been home to so many civilizations. At different periods of time, the Hurrians and Mitannians, Urarts, Persians, Romans, Seljuks and other peoples lived here. The new find dates back to the Roman period. It proves once again what a great cultural influence the Romans had on the development of this region.

The ancient heating system was discovered by a team of archaeologists led by Academician of the Dikle University Irfan Yildiz. He reported that a previously unknown hidden tunnel was discovered here in 2018. Further research showed that it played a double role: it was both a route for supplying water to the city from a source and a route for the evacuation of citizens in the event of an enemy attack.

Studying the archives, researchers found information about a Roman bath, found here during excavations in 1961-1962. In fact, today archaeologists have only continued the work begun more than half a century ago. And they did not lose: during the excavation of the bathhouse, advanced technologies for their time were discovered.

“We found various channels in this bath,” says Yildiz. “Some of them were used to heat certain places with hot water that came from the bath. They were made of bricks to prevent heat loss.”

The scientist notes that in other similar ancient systems, as a rule, terracotta water pipes were used, through which hot water was distributed throughout the bath itself.

However, in this case, the Romans who lived here used a different system. They distributed hot water directly through brick channels. According to Yildiz, this system can rightfully be called the heating system of that period.

The age of this system, like the age of the found channels, is about 1800 years. It is the earliest heating system ever found in the region.