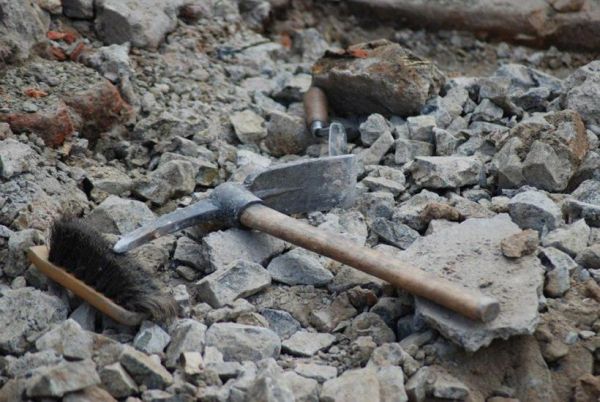 During excavations in the city of Zixing, located in the central part of the country, Chinese archaeologists discovered two stone tombs dating back more than 1800 years.

The opening was reported by Xinhua News Agency. The tombs were found in the territory of Hunan province. Judging by the architecture, they belong to the same period. Stone tombs are located next to each other. The identity of their owners has yet to be established.

In the tombs, employees of the provincial archaeological institute found more than 30 items of cultural heritage. Of these, 23 artifacts were found in one tomb. Presumably it belonged to a man.

He probably held a prominent position in society. This is indicated by burial items. For example, special ceramics with celadon were discovered next to the body of the deceased. Celadon is a special type of glaze that has a specific pale grayish-greenish tint of green. This type of pottery was invented in ancient China.

Traditional pottery, bronze dishes and iron knives were also found in the same tomb. Copper coins and several items of celadon ceramics were found in the neighboring tomb.

“The discovery of these two tombs provides important archaeological evidence for the study of burial customs, economic and social conditions in the region south of the Yangtze River during that time period,” said Shen Jiang, an archaeologist at the Hunan Provincial Cultural Relics Research Institute and Archeology.

We will remind, earlier Chinese scientists identified a mysterious liquid found in a tomb about 2000 years old in Henan province. All this time it was kept in a sealed bronze vessel. Analysis showed that the liquid was an alcoholic infusion that was used as a medicine.