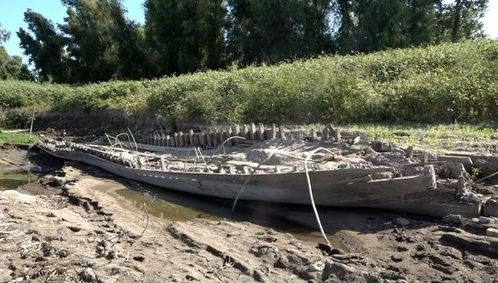 A Baton Rouge, Louisiana resident hunting for artifacts on the Mississippi River was startled to find the wreckage of a 19th-century ship in a drought-stricken waterway, according to CNN affiliate WBRZ.

Severe drought in the Midwest has reduced the Mississippi River to an all-time low, with more than 40 river posts in the river basin reporting low water levels, according to the National Oceanic and Atmospheric Administration.

Baton Rouge resident Patrick Ford told WBRZ he had been watching the river’s receding waters for weeks, but the sighting of the ship was unexpected.

“Last Sunday, I was looking here and realized that the rest of the coast was washed away and there was a whole ship,” he told the station. “I immediately wrote to friends and said: “My God, I think I found a ship, a sunken ship!”

McGimsey adds that this is the Brookhill and has a sister ship, the Istroma. According to him, the Istrouma was a daytime ferry across the river, while the Brookhill was a night one. “On September 29, 1915, there was a strong storm … both ships sank,” the specialist added.