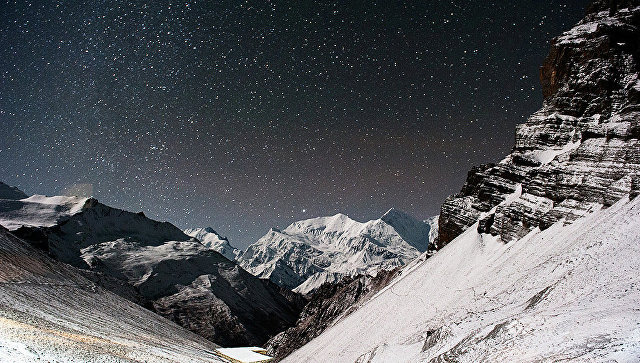 The Russian-Indian expedition led by Corresponding Member of the Russian Academy of Sciences Natalia Poslimak discovered two ritual complexes with unique unknown stone figures from the early Middle Ages in the Himalayas (Kashmir Province, India), Vyacheslav Molodin, deputy director of the Institute of Archeology and Ethnography of the SB RAS, told journalists on Thursday.

He said that the expedition has been operating in India for three years, the last year has yielded “fantastic” results. This year, scientists worked in a complex area of ​​the Himalayas on the border of India and Pakistan with funding from the Institute, a grant from the Russian Science Foundation and the Henkel Foundation (Germany).

“Two ritual complexes were discovered here, it is far and high in the mountains, where it is not easy to get there.” About 200 stone horsemen were found in the sanctuary, and their specificity is that sometimes not one person sits on a horse, but two, three or four people. That is, it is the embodiment of some mysteries and myths that are yet to be read: all these sculptures are voluminous, richly decorated with carvings, “Molodin said.

He noted that all the sculptures, although executed in the same style, differ from each other. In the same place are the sources of water and stone structures associated with these figures.

“It seems that everything has been known in India for a long time, but in fact, these things have been found for the first time.” There is no publication on this, and the scientific community first learned about it. “The find shows that not everything is known to us on the planet. will have to be studied, “the scientist said.

Molodin said that according to the assessment of the head of the expedition Natalia Polosmak, the sculptures belong to the era of the early Middle Ages, that is, the beginning of our era. This is indicated by the decoration of horses and other details. “But what kind of population is this is a big problem, because there was nothing like it in the iconography in India before, it’s some kind of population that suddenly appeared in the Himalayas, settled in hard-to-reach areas and left such a trace,” expert.