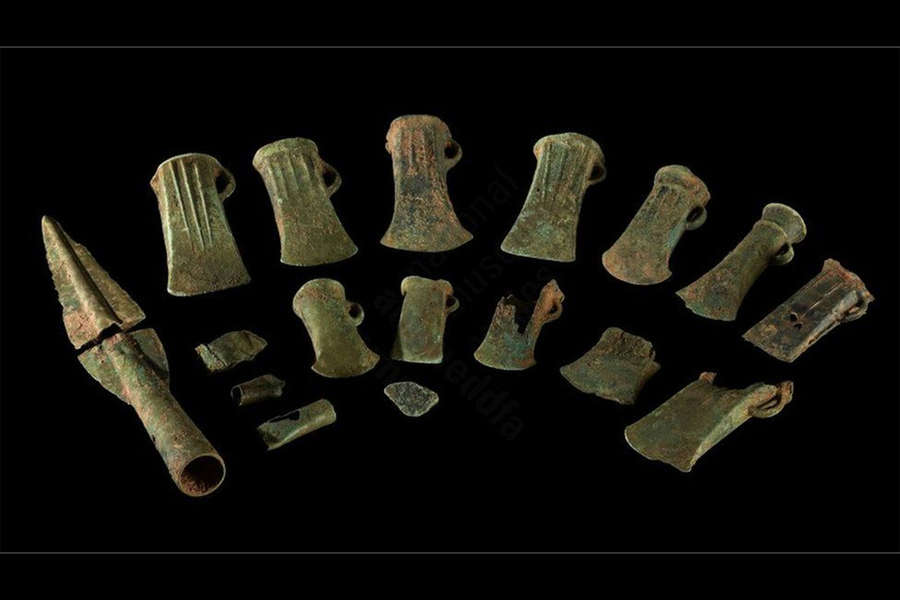 A treasure trove of axes, spears and bracelets from the Bronze Age has been discovered in Wales. It is reported by the BBC.

The find, made in the village of Llanddeusant in Carmarthenshire, was announced by coroner Paul Bennett. Archaeologists from the National Museum of Wales believe that 20 items were probably buried in a specially dug hole as an offering to the gods. In total, one large spearhead, twelve axes, two fragments of sheet bronze and foundry waste were found.

According to representatives of the museum, the objects date back to the period between 1000 and 800 BC.

“A large bronze spearhead was broken before burial, after which it was placed on top of the rest of the items. Perhaps the destruction of the tip and the burial of the treasure occurred during a ceremony performed by the local Bronze Age community, conceived as a sacrifice to the gods, ”said Christopher Griffiths.

Now representatives of the museums of the county of Carmarthenshire hope that they will be able to acquire the finds and place them in a collection for public viewing.