2016 will last a second longer 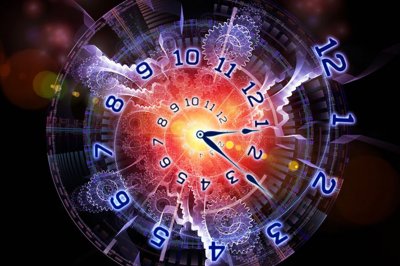 2016 will be late with us a little longer than ordinary. In order that time on which there lives a person (UTC) corresponded to length of light day (UT1), they need to be synchronized.

To our clocks will add the whole second! The concept of leap second or second of coordination appeared because Earth gradually slows down the rotation.

Addition time of “excess second” will be defined by the time zone. It is precisely known that second of coordination will be added by last minute of the expiring year. Therefore 2016 presented to us not only padding day in February, but also excess second in December.

The schedule of a difference between UT1 and UTC. Vertical sites correspond to seconds of coordination. (Public Domain photo)

The express service — the International service of rotation of Earth (International Earth Rotation and Reference Systems Service, IERS) which is in France monitors these processes. This organization was created in 1987, it specializes in assessment of rotational variables of Earth and coordinates of our planet. This service bears responsibility for addition of second by world time.

Scientists of the world regularly bring up a question of cancellation of second of coordination as this procedure is endured by technique very “painfully”, leads to lag of the equipment or to the complete breakage. It was established that more mild way of correction of time is time conversion on July 1 or on January 1 (that is the beginning end or the middle of year) for a second ago. However recently often second is added. So, last year June, 2015 received excess second.

If after all world minds agree to cancel this procedure, then in 83 years terrestrial time will already differ from a position of the Sun almost for 3 minutes.