What is the nature of dark matter? 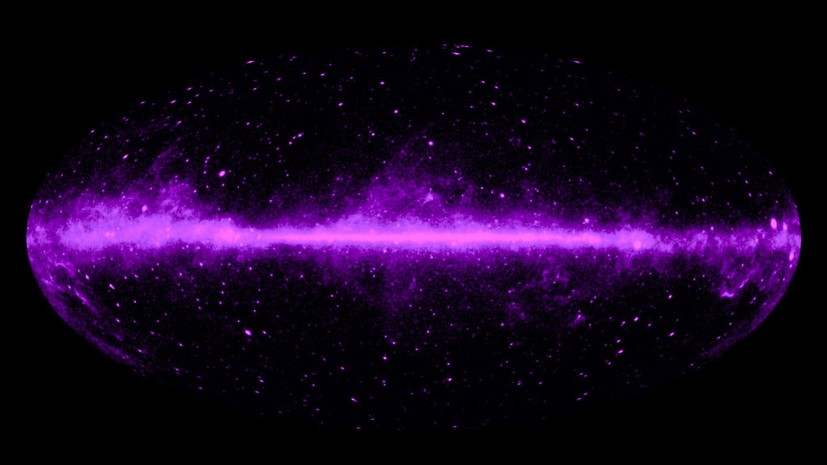 The scientific world is discussing the experiment of the Hungarian scientists, allowed to talk about the opening of new elementary particles and a new method of interaction between the particles. This could be the biggest scientific discovery of the XXI century. Institute of applied physics of RAS Artem Korzhimanov understands how plausible this hypothesis is credible and whether the results of the experiment.

The basis of all processes in the known world, from the point of view of physics there are four ways of interactions of elementary particles: gravity, electromagnetism (the manifestation of which are including friction or elasticity), strong nuclear and weak nuclear interaction. The last three have a lot in common and are United in a single theoretical construction called the Standard model.

However, in the 1920-ies scientists found out that the stars of our galaxy, the milky Way rotate around its center much faster than it should, based on the known laws and visible amount of a substance. This gave grounds to assume that in the Universe there is a substance, consisting of some previously unknown particles — it is called dark matter. And interact the particles together by an unknown fifth way.
Dark candidate

To detect one of the candidates for the role of dark matter component, the so — called dark photon — tried group of experimenters from Atomki, Institute for nuclear research of the Hungarian Academy of Sciences.

The staff Atomki there was a small particle accelerator with which the lithium sample was sent a stream of protons. This resulted in the formation of nuclei of beryllium-8. These nuclei are radioactive and disintegrate in fractions of a second. Usually when this occurs, the emission of a photon, but the average one time out of thousands, that photon is still in the nucleus is converted into two other particles — the electron and the positron. The behavior of these two particles allowed the Hungarian scientists to suggest that under certain quite specific conditions, the photon for a very short time transformed from a simple in the dark.

The Americans said that the suggestion that the dark photon is contrary to the results of other experiments and most likely is incorrect. Instead, they proposed their theory. It is based on the assumption that in the process of decay leads to a particle called the X boson, and is a carrier of the fifth method of interaction. This explanation has successfully passed a process of scientific review and in August was published in the same magazine Physical Review Letters. According to scientists at the University of California, their theory explains some previously discovered anomalous effects.
Is it worth to believe?

The work of Hungarian and American scientists — not the first in which the hypothesis of the existence of a fifth fundamental interaction. However, in the vast majority of cases the effect disappears with the improvement of the experimental setup, i.e. it is associated with the imperfect conditions of the experiment. This does not prevent the theorists to come up with a new theory under not very reliable results. And they can understand. Sometimes strange anomalies grows a whole new area of science — and those who first found the explanation becoming its leaders.

Fresh examples of high-profile “discoveries” that were later disproved are neutrinos supposedly moving faster than the speed of light (the cause eventually turned out to be a bad connection of cables), and a hint of the existence of unusual heavy particles, as reported by the European center for nuclear research, CERN, and which was unreasonable, when it was collected more data. In both cases, theorists managed to push dozens of hypotheses and produce hundreds of articles.

For this reason, most scientists are skeptical of the above mentioned works and conclusions. Even more skepticism among those familiar with the previous works of the same group of experimenters. The experiments with beryllium-8, they reported in 2008 and 2012 and both times saw some previously unknown particles with different masses. The authors in response saying that he always saw the same particle is simply to measure the mass were not allowed previously in their possession devices.

Many scientists also think it suspicious that a group of Atomki almost does not publish articles that would not be discoveries. It is possible that the members of the group unconsciously see the result where it is actually there. To combat this effect in medicine to test the effectiveness of medication used double-blind study in which neither the patient nor the doctor does not know they are dealing with a drug or a dummy placebo. A well posed physical experiment the person who conducts the measuring or processing data, also do not need to know what exactly it works. In the group of Atomki this condition is likely not satisfied.

Despite the skepticism, the possibility of such fundamental discoveries cannot fail to excite the minds of scientists, and several research groups promised in the coming months to check the results of the Hungarian team. If they are confirmed, the work of Hungarian experts can be the biggest scientific discovery of the XXI century. But still the more likely option that we are talking about another incident resulting from insufficient well-conducted experiment.