2300-year-old swimming pool found in the vicinity of Rome 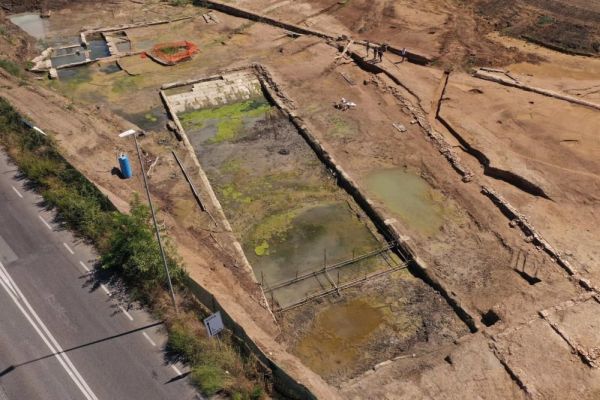 Italian archaeologists excavating about 16 kilometers southwest of Rome have discovered a monumental basin dating back to the 4th century BC.

Wanted in Rome tells about the opening. It was made near the Giardino di Roma area. The pool, which was very large for its time, was made of stone. Its length was 48 meters, and its width was 12 meters.

It was discovered during the so-called preventive excavations, during which archaeologists examined the site of the future construction of a residential complex.

Scientists note that the purpose of this pool has not yet been established. The most reliable hypothesis is that this site was part of a water management system. It could act as a large water reservoir or sump.

However, archaeologists do not exclude that the basin could have been used for agricultural purposes. It could be, for example, an ancient hydroponic farm. In addition, archaeologists always have a “duty” hypothesis about the ritual purpose of an object, the function of which cannot be explained.

The outer walls of the basin are reported to have been composed of blocks of tuff, a volcanic material. It was connected to a nearby road by an inclined ramp. It has been established that these were not public baths typical of Roman times. This pool is not similar to other objects described in historical sources.

However, it is known that during its construction this area already played an important role in the life of the state. It was at the crossroads between the city of Rome and its first colony, Ostia. The latter, according to legend, was founded by Ancus Marcius, the fourth king of Rome, in the 7th century BC.

Note that in general, archaeologists surveyed a site with an area of ​​two hectares. It is replete with cultural layers with the remains of buildings, structures and artifacts. The new find will provide additional clues to the mystery of the use of these structures at different historical stages. For example, a wooden fragment was found at the bottom of the pool with an inscription written in Etruscan. At that time, the Etruscan language was still in use by Latin communities, including the inhabitants of Rome.