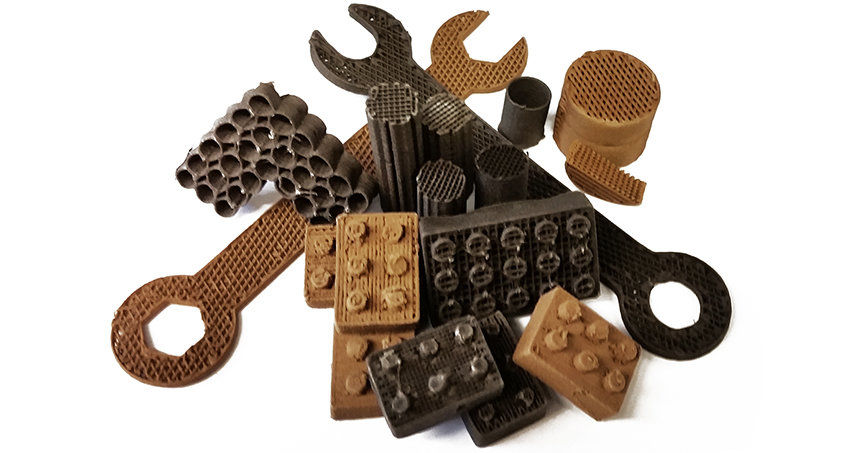 When a person begins to colonize the Moon and Mars, he will need to be able to produce everything from small tools and up to large buildings, using that limited set of resources that will be available on the surface of these objects of the solar system.

In a new study, scientists from Northwestern University, the US, led by Ramille Shah, demonstrated the possibilities of 3-D printing from materials simulating Martian and lunar dust. Earlier, Shah and her team used this method to print ultraelastic “bone”, three-dimensional graphene structures and carbon nanotubes, as well as metals and alloys.

In the study, Shah and her colleagues used the Moon and Mars dust simulators approved by NASA, which have chemical and fractional compositions that differ little from the chemical and fractional compositions of dust found on the surface of the Moon and Mars. Team Shah created lunar and Martian “colors” using dust of appropriate composition, a few simple solvents and biopolymer, and then produced 3-D printing by extrusion. The resulting structures consist of dust by 90 percent by weight.

Despite the fact that these structures mainly consist of dust microparticles, in general they exhibit elastic properties, similar to the properties of rubber. This study was the first experience of producing soft, rubber-like materials from simulators of Martian and lunar dust. This material can be cut, rolled, folded and modified by other influences, after the 3-D seal has been completed.