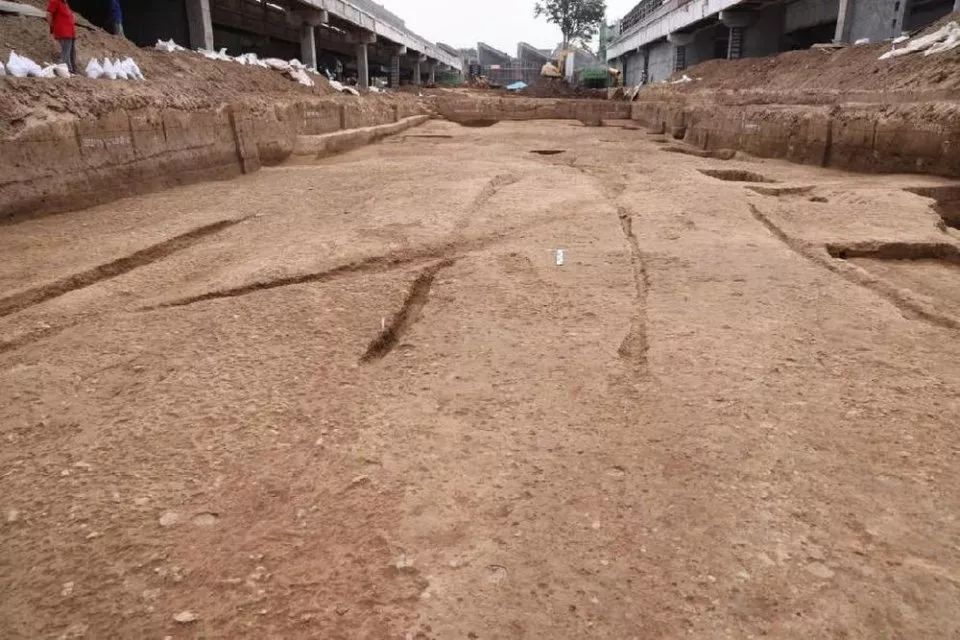 Chinese archaeologists, while conducting research in the city of Anyang, discovered a city road, which is one of the oldest in the world. The analysis showed that it was built more than 3000 years ago.

According to China News, the discovery was made in a city known as Yin Ruins. The ancient settlement of Yin was located on the territory of the modern city of Anyang in the province of Henan, in the central part of the country.

The road is reported to be oriented along an east-west axis. Its excavated length is 80 meters, and the maximum width is 14 meters. The road is paved with pebbles, bones and pieces of pottery of the same size.

According to He Yulin, a researcher at the Institute of Archeology of the Chinese Academy of Social Sciences, there are several distinct rut marks on the pavement.

Interestingly, this road runs parallel to another ancient road that was previously discovered by archaeologists. They are separated by a distance of about 500 meters. They intersect with another previously excavated avenue, oriented along an axis from north to south. Thus, all these finds revealed to archaeologists the quarterly structure of the ancient city.

In addition, on both sides of the roads, residential houses, tombs and craft workshops that stood close to each other were previously excavated. Yin City was the capital of the state ruled by the Shang Dynasty in its late period (1600-1046 BC). By the way, in 2006, the “Ruins of Yin” were added to the UNESCO World Heritage List.