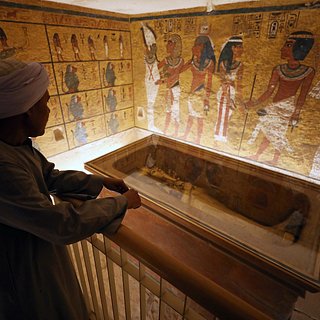 A team of international experts from Egypt (Supreme Council of Antiquities) and the UK (New Kingdom Research Foundation at the University of Cambridge) have found an ancient tomb of the pharaohs in Luxor, which was built about 3,000 years ago. This was reported on the website of the Ministry of Tourism and Antiquities of Egypt.

In the city of Luxor, which is located on the western bank of the Nile River, 650 kilometers south of Cairo, archaeological research is regularly carried out, as a result of which various monuments, temples and tombs from the time of the pharaohs were discovered.

Mostafa Waziri, secretary-general of the Supreme Council of Antiquities, said the discovered tomb could belong to Egypt’s 18th dynasty of pharaohs, which ruled from 1550/1549 BC to 1292 BC. Scientists suggest that the building was intended for the wife of the pharaoh or his daughter. This hypothesis is planned to be tested in the future, after the documentation about the object is received. Archaeological work will continue.

The tomb is poorly preserved – in the past, the paintings on it were damaged as a result of floods.