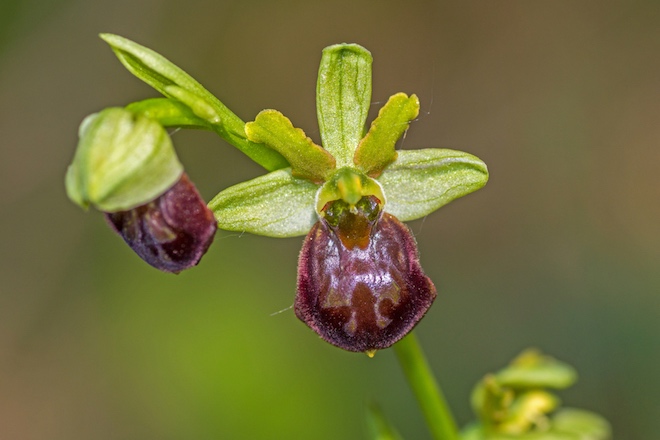 Because of global warming, spring comes early, and autumn is late, but not all species adapt quickly to such changes.

Every year, with the change of seasons around the world, there are large-scale actions. Trees in the Northern Hemisphere are covered with leaves. Appear caterpillars, which feed on these leaves. Bees and butterflies pollinate flowers. Birds leave the Southern Hemisphere and fly thousands of miles to lay eggs and feast on insects in the north.

All these species are synchronized with each other and rely on signals from nature in the same way as the dancers move depending on the music of the orchestra. But global warming is changing the pace of this music, and now spring in some parts of the Earth comes a few weeks earlier than a few decades ago. Not all species have time to adapt to such warming, and some of them as a result fall out of the cycle of nature.

Scientists who study the changes in flora and fauna due to the change of seasons are the term for this phenomenon: phenological mismatch. And they are still trying to understand exactly how these discrepancies, such as the flowering of flowers before the awakening of pollinators, can affect ecosystems.

In some cases, species simply adapt, for example, by changing the range or diet. But if the species can not change quickly enough, these discrepancies can have “significant negative consequences,” says Madeleine Rubenstein, a biologist at the US Center for National Climate Change and Wildlife Studies.

“If you look at the history of the Earth, you will see that there has never been such a dramatic and rapid climate change,” says Andrea Santangeli, researcher at the Finnish Museum of Natural History. “The species have to respond very quickly. It’s really unprecedented. ”

Here are five examples of inconsistencies faced by plants and animals due to global warming, discovered by scientists today.

1. The sex life of orchids

Spider-orchid reproduces, based on deception. Every spring, an orchid, which is very similar to a spider, releases a pheromone that erroneously causes drones (male bees) to think that this plant is their partner. This is the key signal for pollination.

Such a technique, which scientists call pseudo-copulation, works, since an orchid usually blooms in a specific period of time in the spring – soon after drones are awakened from hibernation, but before the bees appear. According to a British study in 2014, with the early arrival of spring, bees are now awakening earlier and, thus, drones are less interested in orchids.

Studying the data collected during the century in both artificial and in-kind conditions, the researchers found that the time difference between the awakening of males and female bees is reduced by about 6.6 days per degree Celsius warming, thus leaving orchids smaller and less ability to reproduce.

“The main conclusion is that the situation for pollination of orchids only worsens,” says Anthony Duffy, a professor of biological science at the University of East Anglia and lead author of the study. According to him, for this kind of orchid, which is so rarely found in nature, the future looks grim.

2. Spring comes early, but not a flycatcher

Flycatcher-gingerbread spring lives on a fairly strict schedule. Spending the winter in Africa, these birds travel thousands of kilometers to the north, to Europe, in time to lay eggs before the appearance of the caterpillars of the winter moth, which live only a few weeks in spring on only the emerging oak leaves.

In a series of studies conducted in the 2000s, scientists from the Netherlands found that the flycatchers began to be late and no longer fall into this narrow time window.

As the spring temperature increased, the leaves on oaks appeared faster, and the peak of the season of caterpillars occurred in some places two weeks earlier. But many flycatchers who planned their departure from Africa, based on the length of the day there, did not have time to Europe to the season of their food.

In those parts of the Netherlands where the peak of the season of caterpillars occurred most of all, scientists later noted a significant decrease in the population of flycatchers. “This was a great discovery, according to which this phenological inconsistency can have serious consequences for populations,” says Gristan Bos, an ecologist at Groningen University.

Climate change not only breaks down some of the established links. In some cases, warming can lead to the emergence of new, harmful links.

In Finland, for example, a chibis and a large curlew have usually nested their nests in the fields of barley after farmers sowed fields in the spring. But as the temperature has increased, now birds are increasingly laying eggs before farmers reach the fields, which means that their well-fortified nests are at risk of being destroyed by a tractor or other equipment.

Looking at the data collected over 38 years, the researchers found that farmers in Finland now sow fields a week earlier in response to higher temperatures, but the birds lay eggs 2-3 weeks earlier. “This created a phenological mismatch,” Santangeli says. “In response to it, we will see a decline in the population of these birds.”

4. The reindeer is late for lunch

A reindeer in western Greenland follows a strict seasonal diet. In winter they eat lichens along the coast. In spring and summer, they move into the depths of the island for the birth of offspring, where they feed on arctic plants.

Since there is significant warming and melting of glaciers in Greenland, arctic plants in the interior of the island began to rise earlier (some even for 26 days) than a decade ago. But reindeer can not change their migration time so quickly. Scientists have found an alarming trend in this region: the earlier the plants on the island rose, the more calves died.

Despite the fact that the study only revealed a correlation between the higher temperature and the mortality of calves, “this fact correlates with the idea that the discrepancy has negative consequences,” says Eric Post, an ecology professor at the University of California at Davis. The earlier arctic plants appear, the stronger and less useful and nutritious they become to the arrival of deer.

Why should reindeer not accelerate their migration? It is possible that their reproductive cycles are more oriented to seasonal signals, such as, for example, the length of the day, while plants react more to the ambient temperature.

In theory, if there is enough time, the reindeer sooner or later can adapt to the current changes. But as the temperature in the Arctic rises more sharply than in the rest of the world, Post argues that “the question is only whether everything changes so quickly for the purposes of evolution or not.”

5. Failure in the wardrobe of the American hamster

The coat of the American whitefish varies from brown to white during the winter for the purposes of camouflage. But because of warming, the snow cover descends earlier in the habitat of the whitefish, which thus becomes more noticeable for predators.

“Masking is extremely important for the survival of animals,” says L. Scott Mills, professor of biology at the University of Montana, who studies the impact of disguises of camouflage on species such as American whitecaps.

Mills and his colleagues found that with every week of phenological inconsistency, the chances of the whites to be eaten by predators, such as trot, are increased by 7%. To date, the discrepancy is about one to two weeks. But by the middle of the century, according to Mills, it can go up to 8 weeks. If this happens, then the population of whites “will tend to disappear”.

However, there is good news for the American whore. Given how evolution has changed the world for millions of years, it can be assumed that animals such as hares can adapt to these changes in 5-10 generations, especially with the right actions to protect animals from the human side.

“This gives us an area for hope,” says Mills. “It’s still a big question whether species that are prone to phenological mismatch will disappear.”