5 likely scenarios for the destruction of the Earth

Scientists are increasingly predicting an era of change for our planet, as a result of which it will cease to be a hospitable home for people or will turn into a lifeless desert at all. Before you – a selection of the most likely scenarios of disasters that will forever change the face of the Earth. 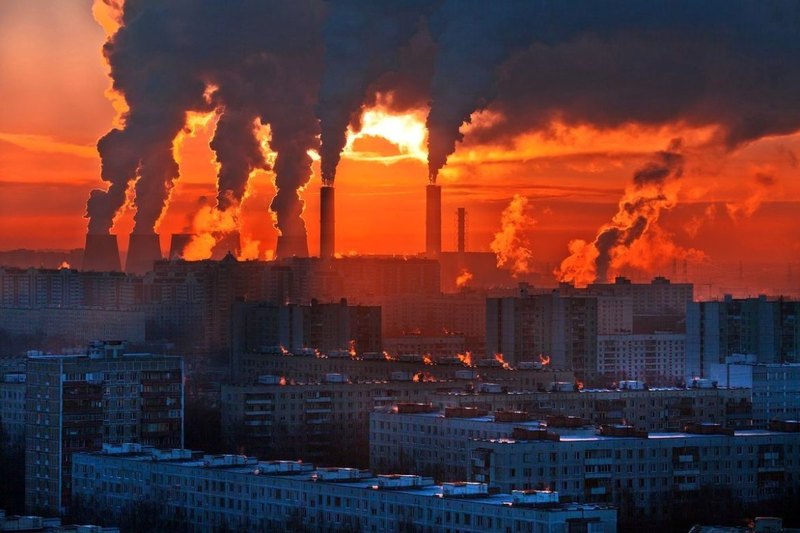 To try to predict disastrous consequences, it is not at all necessary to invent fantastic theories – just look around. Over the past decade, the dynamics of climate change have seriously worried scientists around the world. From 1990 to 2010, the total number of floods, floods and typhoons increased 4 times and continues to increase steadily by 6-7% per year. The devastating hurricanes and fires of North America, the abnormally cold winters in Europe are all consequences of the thinning of the ozone layer, as a result of which solar radiation penetrates the Earth in large volumes.

According to various forecasts, the melting of world glaciers will lead to an increase in sea level from 11 to 70 meters, so that a significant part of the land is at risk of being under water. It is worth noting that this is perhaps the most “soft” scenario of a planetary catastrophe – people have every chance to adapt to such conditions, since the climate will change gradually. However, even if we continue our existence as a “water” civilization, we should not think that our life will be easy. Heating the ocean has already provoked an unprecedented surge of reproduction of green microalgae. On the one hand, this is good – due to photosynthesis, they convert excess CO2 into oxygen, saturating the air and upper layers of water. On the other hand, algal metabolic products are toxic, while they themselves are a favorite food of fish and small crustaceans. Already in Indonesia, Japan and the coastal regions of India, the number of food poisoning is growing every year – fish eat algae, people eat fish and get heavy food poisoning because meat is saturated with toxins. 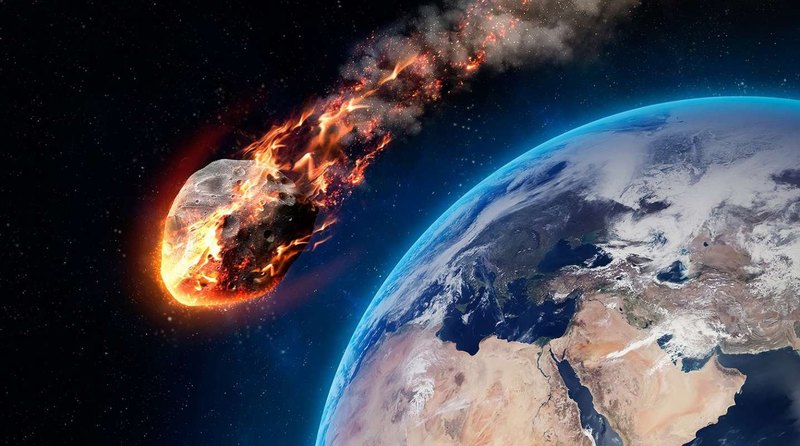 A favorite theme for Hollywood disaster films is the collision of our planet with a huge asteroid that threatens the Earth with inevitable death. In fairness, it must be said that in the event of such a scenario, all the inhabitants of the “blue world” will in fact have a hard time: a shock wave, a tectonic plate shift, widespread eruptions and an abrupt warming of the atmosphere will cause the death of millions of living beings.

The rest will be doomed to starvation in a world slowly turning into wasteland: the evaporation of ocean waters will turn into cyclones of unprecedented power, and ash clouds erupting from the vents of volcanoes form an aerosol-like suspension that reflects almost all sunlight back into space. This threatens with the mass extinction of plants and, as a result, with a gradual decrease in the level of oxygen in the atmosphere, coupled with poisonous sulfur fumes from tectonic faults.

If some particularly resilient creatures are lucky enough to survive as a result of this catastrophe, they will inherit a planet whose appearance will change beyond recognition. 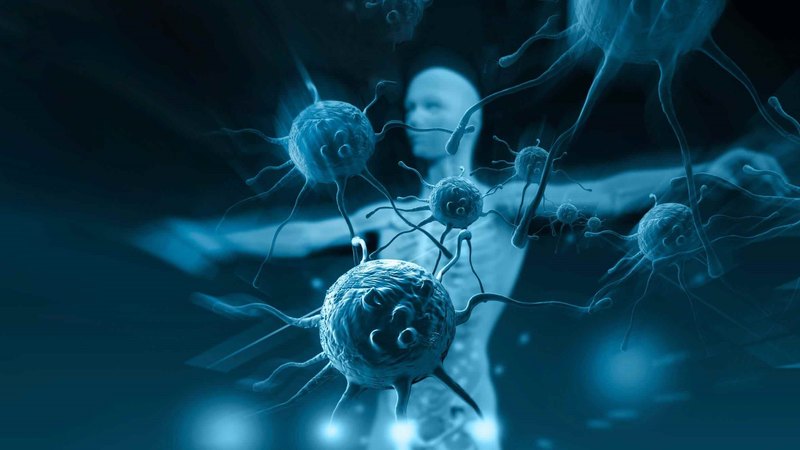 Mass extinction is an event, as a result of which in a short period of time a significant proportion of species of a large number of higher taxa disappear from the face of the Earth. Over the past 540 million years, our planet has gone through at least five such “purges”. Some scientists see this as a cyclical relationship, others believe that mass extinctions are not related to each other. According to experts, they are caused by global cataclysms. In addition to the above-described fall of celestial bodies (and other impacted events, that is, events triggered by a collision), these could be powerful eruptions or other geological processes.

Directly to humans, a catastrophe of biological nature poses a particular threat. A pandemic is a massive infection, characterized by the spread of infection throughout the country or even the continent. A disease that takes a mass character in the XXI century “roams” around the world much faster than before: if in ancient times people could carry parasites carriers in the holds of ships for months, now the infection (especially viral) spreads with every air flight or from the station to the station on the railway track.

One of the deadliest pandemics in the history of mankind has become the epidemic of the Spanish flu. One hundred years ago (from 1918 to 1919), this virus struck 550 million people – about a third of the population of the entire planet! Approximately one fifth of those infected as a result died, and against the background of these terrible figures of mortality, even the First World War, which died shortly before, died away. Of course, since then, mankind has significantly improved the technology of combating viruses, but even the most skeptical epidemiologists do not exclude that in the future, mankind can expect no less deadly outbreaks of mass diseases. 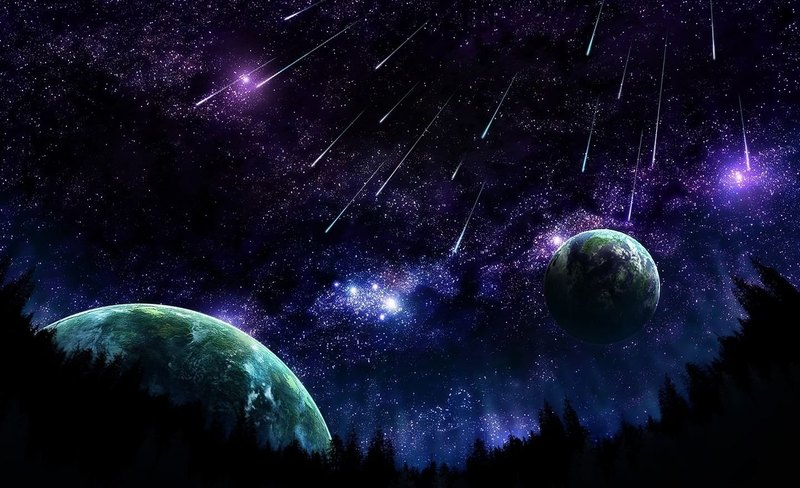 Emissions of the coronary substance of the Sun, as well as the powerful gamma-ray fluxes that occur as a result of the death of large stars, can have very destructive consequences for the Earth. Solar radiation is one of the reasons for the existence of protein life on our planet, but its excess can easily destroy all life.

In just 600 million years, according to astronomers, the Sun will irradiate the Earth with a powerful stream of gamma rays. If the ozone layer survives after such a “soul”, then there will remain huge holes in it. Deprived of protection from ultraviolet and thermal radiation, the planet will slowly turn into a desert and soon begin to lose the atmosphere, making it difficult to distinguish it from neighboring Mars.

The death of the sun 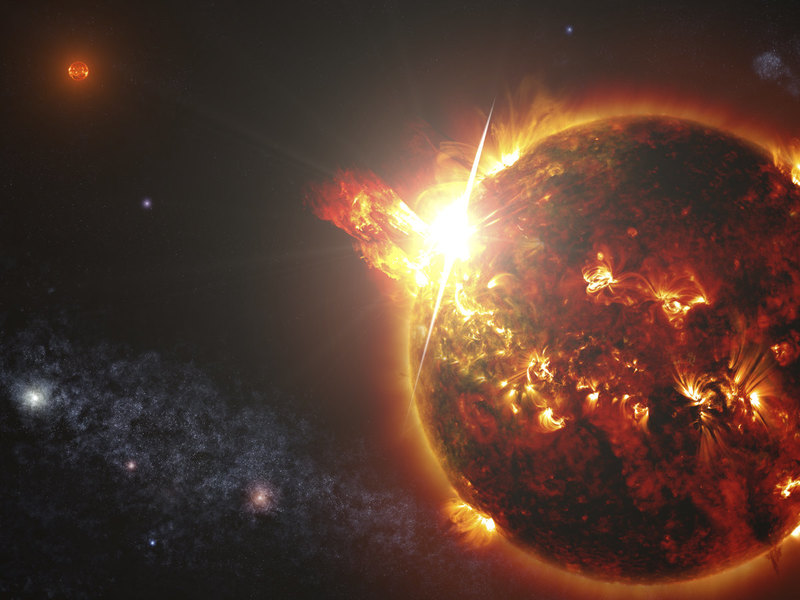 If a simple coronary ejection will be small, then the Sun will present the Earth with another one, this time really the last “surprise”. In about a billion years, the process of turning our light into a new form – the red giant – will begin. As a result of the release of a huge amount of heat, the Earth will be burned out and become like Venus. Poisonous fumes of boiling metal will finally destroy any traces of life. The only hope for mankind is flight to Mars, which by then will be in the so-called “Goldilocks zone” – that is, at such a distance from the Sun, where the existence of liquid water, and therefore life, is still possible.