5 phenomena that can be observed only from the airplane window 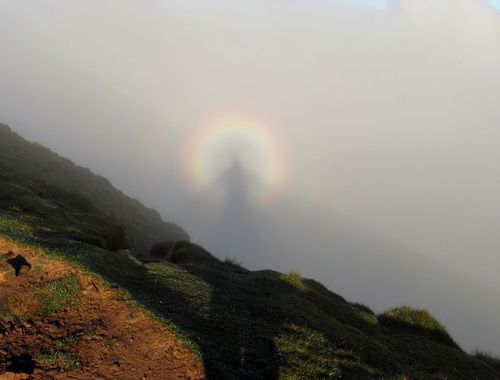 The expert on atmospheric optical effects Forest Coley shared on the NASA portal some of the most interesting effects that can be observed from the airplane window. 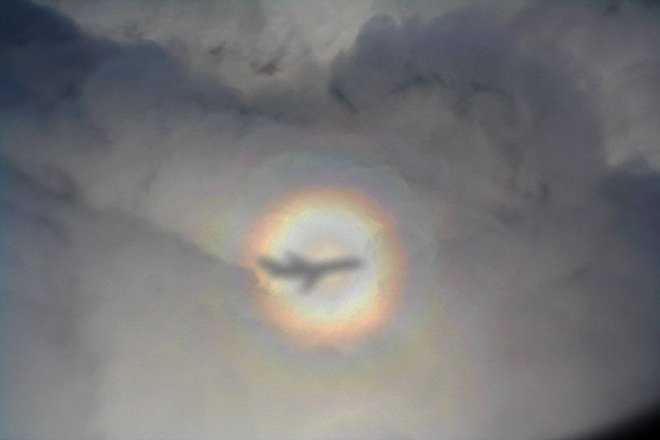 On the side that is opposite to the Sun, you can see the effects associated with it – clouds under the airplane can be perceived as a canvas on which all the colors are displayed. Cowley noted that if the plane flies low enough, you can see its shadow, which is surrounded by a bright glow – one or more rings. These rings appear because of the diffraction of reflected light in droplets of water. The more identical droplet size in the cloud, the more rings you can see. This phenomenon is called a glory (colored rings of light on a cloud around the shadow).

2. The effect of confrontation 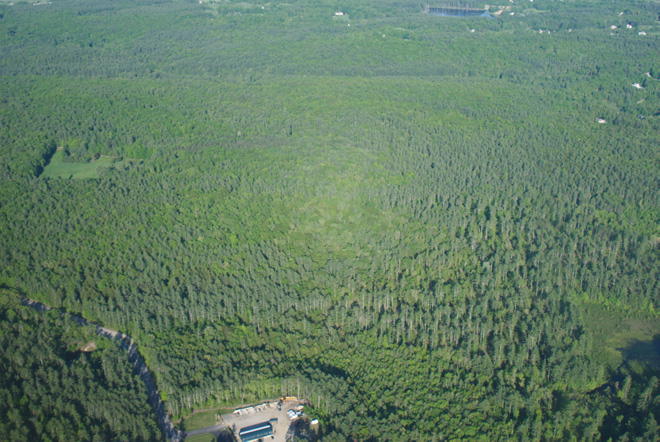 If there are no clouds under the aircraft, then you can observe another optical effect (especially if the plane flies over the pine forests) – a bright spot of light that moves along the ground under the airplane. The glow, which is always formed at a point opposite the Sun, and marks the point at which the shadows of objects, such as trees, are not completely visible – these areas therefore appear brighter than the surrounding space. 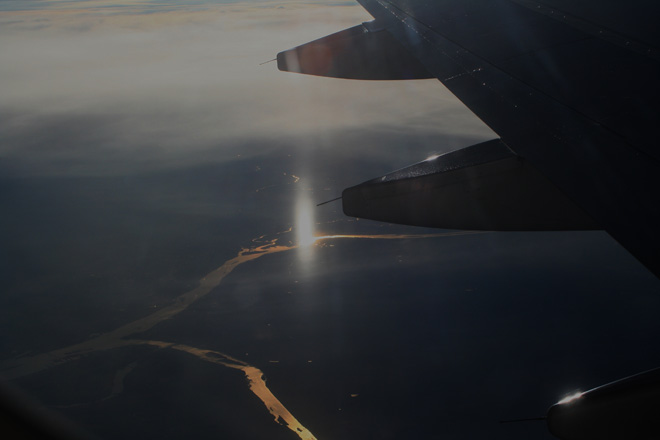 On the sunny side, you can observe various halos. Ice halos are rings and arches of light, which are formed due to ice crystals in high-lying clouds. Usually they can see all the colors of the rainbow, but they are not a rainbow. From the ground it is necessary to look upwards to see them, being in the plane – downwards. Sometimes you can see even a light column – a strip of light that stretches from the Sun. At times, one can see the reflection of the Sun in flat ice crystals in the clouds – a sub-sun.

4. Distortions of the Sun and the Moon 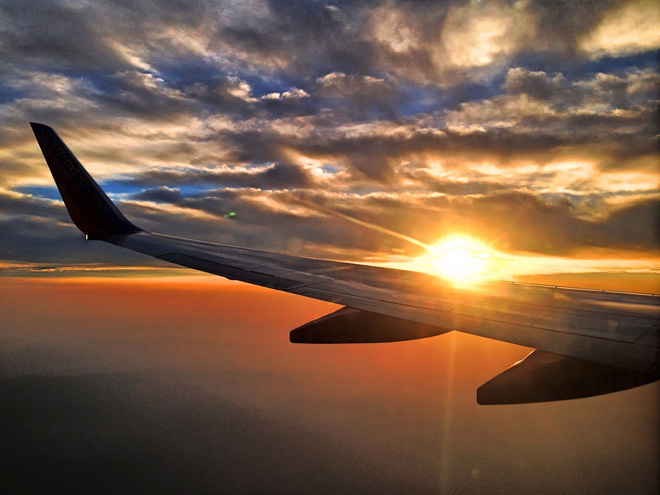 Sunrise and sunset at high altitudes is also special – the speed of the aircraft can make them faster or even slower than usual. In addition, the sun may appear flattened, since its light is refracted 2 times stronger than usual when passing through dense layers of the atmosphere. During the night flight you can see the moon rise – its distortion and flattening occurs for the same reason.

5. The sky is full of dark color 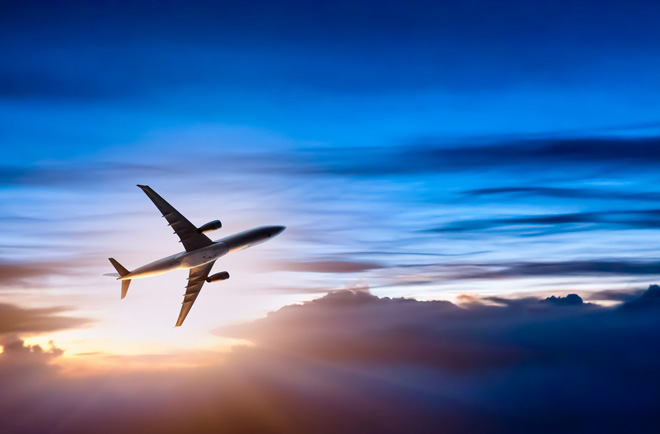 The sky above the plane has a more intense blue and violet color – most of the earth’s atmosphere is under the airplane and much fewer molecules can dissipate the sun’s color, giving the sky a light blue hue.