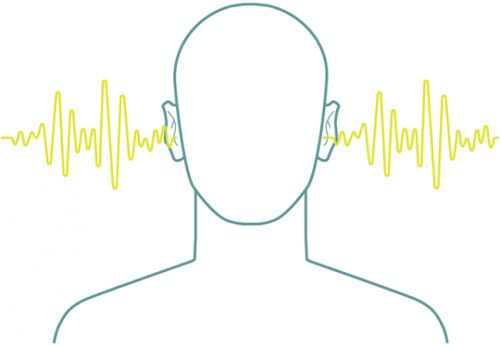 Ultrasound is capable of more than just creating images of unborn babies. Since the 1930s it has become an almost indispensable medical tool, the technology of producing sound waves that people can not hear has found application in almost all industries. The vibrations that it creates can kill bacteria, melt plastic and even help brandy grow in a few days, not years.

Today ultrasound finds its application in an even wider sphere, stimulating inventions that can lead to powerful changes. Here are a few of these:

We are on the threshold of the appearance of a truly contactless alternative to sensory technologies. Devices like Microsoft Kinect can detect where you are, and use this information as instructions. But placing your hands in the right place to give the right instructions is still quite difficult, and this gesture-driven system is not yet widely used.

One company uses ultrasound to effectively create invisible buttons in the air, which can be felt. The array of ultrasonic transmitters produces and generates sound waves, creating small areas with tactile sensations on the skin in certain places. So instead of waving your hand and hoping that it is in the right place, you will immediately know when the gesture recognition was activated.

This can make everyday devices, such as smartphones, completely waterproof, contactless and aware of the environment. This technology can also be combined with virtual reality systems so you can feel your artificially created environment that will bring a new dimension to video games and entertainment.

It is rumored that the next generation of smartphones will use ultrasonic fingerprint recognition, so you do not even need to touch the phone to unlock it. These phones can even include ultrasound for wireless charging, when the ultrasound energy will be converted into electrical energy in the phone. This energy will be projected from the transmitting device, stored, for example, on the wall of your house.

Ultrasound has long been used to create two-dimensional images of the body, which can be studied by doctors. But only recently there was a development that can take a prominent place in medicine in the future, an ultrasonic acoustic hologram.

In this method, ultrasound is used to move microparticles in a specific environment to form the desired image. For example, the projection of sound waves through a specially designed plate with a pattern in water containing plastic particles leads them to a certain leveling. Scientists believe that an acoustic hologram of this kind can be useful for improving medical imaging and for developing improved methods of ultrasound treatment.

Glasses for the Blind

Another possible medical application of ultrasound can help blind people “see” just as bats are seen with echolocation. Instead of fixing reflected light waves to see objects, bats send ultrasonic waves and use reflected sound for orientation in space. This echo provides information about the size and position of the object.

Scientists from California have created an ultrasonic helmet that sends similar ultrasonic waves. Then he converts the reflected signals into audible sounds that the human brain can learn to turn into a detailed mental image of the environment. Over time, this technology can become more practical and compact. Perhaps, on its basis, even special glasses will be made.

Having sufficient power, you can use ultrasound to cause objects to levitate with the help of sound waves alone and move them in different directions, similar to the attracting ray from the field of science fiction. Scientists from the University of Bristol have shown that by controlling and focusing sound waves from an array of ultrasonic sources, one can create enough force to lift an object the size of a bead from the ground.

The rise of larger objects, such as humans, will require very high power levels, and it is unclear to what extent the acoustic forces can harm a person. But this technology has the potential to transform the field of medicine. For example, it can be used to move drugs along the body toward the target cells.

Ultrasound technology has long been regarded as a research tool. At a sufficiently high power, ultrasonic vibrations can be used to drill sufficiently dense material. This use was suggested when searching for underground oil and gas fields. Ultrasound echolocation can also be used as a sensor that helps airborne unmanned vehicles to avoid obstacles so that they can be sent to dangerous and hard-to-reach places.

However, research applications are not limited to the planet Earth. If people ever visit Mars, we will need new ways to analyze the Martian environment. Because of the low gravity on Mars, ordinary drills can not work with normal force, so scientists are considering the use of ultrasonic samplers.