5G Automation Will Transform Work For the Better 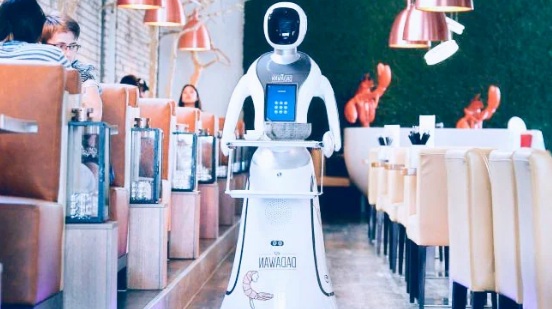 To understand the future of work, we must look into our past. In 1807, London’s Pell Mall became the world’s first gas-lit street. Soon, tens of thousands of gas lanterns were installed throughout the city, creating thousands of new jobs for lamplighters.

But by the end of the 19th century, cities around the world were using electric lights. This safer, cheaper, and more energy efficient technology has eliminated the need for lampposts, but has created jobs that require new skills: installing, repairing, maintaining, and managing streetlights and the networks to power them.

This is a commonplace story. The evolution of labor and the development of technology go hand in hand, although not always. We are entering a new era of 5G-based automation that can transform entire industries. And contrary to popular belief, this shift does not mean robots will replace humans. Rather, they will foster the development of human skills, leading to higher productivity, higher wages and job creation.

We invent machines to perform tasks that are difficult for humans or for which there are fundamental human limitations. Computers are used for complex calculations; vehicles for expedited transportation; and robots for precision assembly.

This joint evolution of man and machine will continue. Nokia estimates that 70 percent of jobs will be new collars by 2030.

The new jobs will be of two types: the first is traditionally called blue-collar jobs. Technology will expand the number and types of physical roles that workers can safely perform in a wide variety of industries. For example, a novice builder will be able to use robots and exoskeletons to perform complex tasks while remaining protected from hazards or exposure to toxic substances.

The second type, which we today think of as white-collar workers, will become more creative through the use of artificial intelligence and machine learning. In the event of a future pandemic, a novice doctor will be able to remotely test and diagnose patients, with ongoing monitoring and contact tracing, which will reduce the spread of the disease.

However, concern about job losses due to automation is justified in one type of employment: clerical jobs. These roles will indeed disappear over time.

The coronavirus pandemic has exacerbated the need for companies to work remotely. During the national lockdowns, most online stores had sufficient digital infrastructure to respond to the growing demand. But the same was not true for more “physical” industries for which 5G infrastructure did not yet exist. This must change for all industries that require teleworking, reconfiguration and automation to improve enterprise resilience.

Since 2000, productivity in most sectors has grown – from 20% in retail and logistics to over 400% in electronics manufacturing – as investment in automation increases. This resulted in lower cost of goods and shorter working hours with higher wages (driven by higher profitability). This, in turn, leads to increased demand and further economic growth.