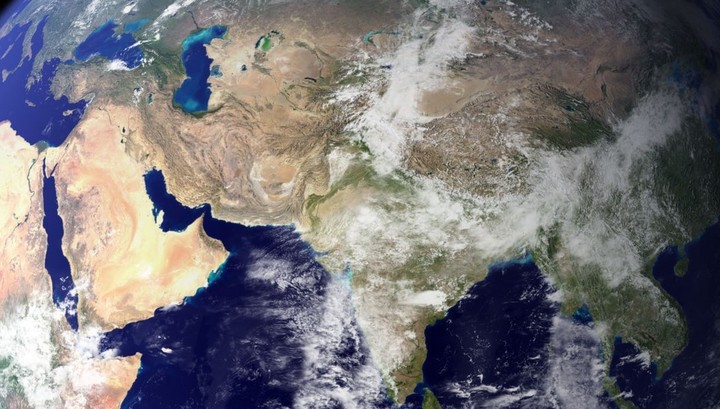 About 60 million years ago, something happened that today is considered to be the largest collision in Earth’s history: the Indian plate collided with the Eurasian tectonic plate.

Epic battle (by the way, is still ongoing, even after millions of years) gave us the mountain landscape of the Himalayas. But, according to a new study, the collision not only sent up the land, but also lowered a huge part of it underground.

Geophysics from the University of Chicago used new modeling techniques to estimate the amount of land that existed on the surface prior to continental collision. Based on the data about the General of the continental crust, which is today, the researchers say that’s missing a giant part of the two plates.

We found that half of the mass, which was 60 million years ago, disappeared from the surface of the Earth, — says the participant of the study Michela Ingalls (Miquela Ingalls).

Scientists were surprised at how much continental crust had disappeared. Even more unexpected seems the, where, according to experts, the gone of the land.

Usually when tectonic plates collide, the continental crust due to its properties rises. Meanwhile, the oceanic crust that is thinner but denser than continental crust commonly descends, sliding in the mantle of the Earth — in the geological layer that separates the planet’s surface from its core.

According to Ingalls, it was believed that continental crust is buoyant and cannot sink into the mantle. But, according to the calculation of the researchers, the only way to explain the reduction in the territory after the collision of the continental masses of the Indian and Eurasian plates is to assume that the crust fell down.

We have significant volumes of crust, which disappeared from the reservoir of the earth’s crust, and the only place she could go – into the mantle, the scientist explains David Rowley (David Rowley). – Previously it was thought that the mantle and the crust interact with each other only in relatively small degree. New work suggests that, at least in certain circumstances, it is not.

While the results of the study may cause some controversy in the geophysical society, scientists believe that their hypothesis may also explain why volcanoes sometimes spew out elements that are considered to be extremely rare in the mantle – lead and uranium.