What secrets are hidden by the ancient lake Vostok 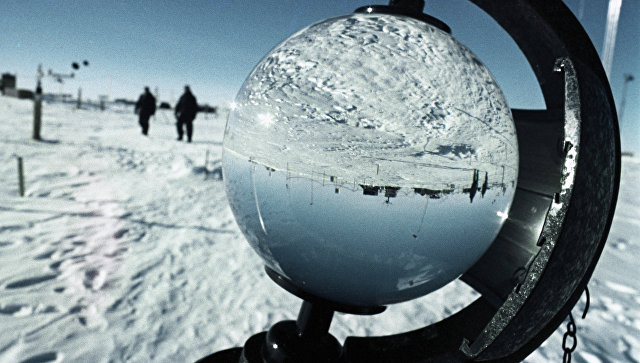 One of the largest lakes in the world is in Antarctica. But you can not see it: it is sealed from above by four kilometers of ice. This lake is the East, discovered by Soviet and Russian scientists. Studying the unfrozen fresh water, isolated from the surface life millions of years ago, scientists hope to learn how life began on Earth and other planets.

Exactly 60 years ago, from July 1, 1957 to December 31, 1958, the International Polar Year was held, which brought together thousands of scientists from different countries. Then the Soviet polar explorers founded the research station “Vostok” in the coldest and remote region of Antarctica. It is located not far from the Southern Magnetic Pole of the Earth at an altitude of 3.4 kilometers from sea level. Through this station our geophysicists made seismic profiles to find out what is under the ice. Among them was Andrei Kapitsa – the brother of the famous host of the program “The Obvious – the Unbelievable” by Sergey Kapitsa. Based on the data obtained, he suggested that in the area of ​​the station under the glacier is a layer of water.

Smooth depressions on the icy surface were noticed by Soviet pilots who surveyed areas of Antarctica that were completely inaccessible to humans then. They called them lakes and used to navigate. As it later turned out, this really is the projection of the lakes on the surface of the glacier.

For a long time scientists thought that under the thickness of the ice are small and scattered water. Only nearly forty years after the first geophysical research, in 1994, Andrei Kapitsa announced the discovery in Antarctica of a giant lake comparable in size to Ladoga.

Danger of infection
By that time, a 5G drilling well was already operating at Vostok station. By laying it, the polar explorers, of course, did not know that they had the last “white spot” on their planet under their feet. They wanted to get ice from different depths and reconstruct the climate of past epochs according to the gas and solid inclusions contained in it. The well was poured with a mixture of kerosene with freon, which did not freeze and allowed to restrain the rock pressure. Freon was by that time recognized as dangerous to the atmosphere and prohibited, according to the Kyoto Protocol. On this basis, and also fearing contamination of the lake by chemicals and microorganisms from the surface, the international scientific community banned Russia from drilling further and recommended developing a cleaner methodology. Well 5G was preserved in February 1998, when about 130 meters of ice remained to the lake.

It took eight years to complete the technology and prove that the drill and the drilling fluid would not under any circumstances be in the lake, and the samples would be collected strictly inside the well.

During the time of forced downtime, Russian scientists found out about Lake Vostok almost everything that remote methods allowed. From the daytime surface it is separated by 3.7 kilometers of ice. The water bowl is 290 km long and is divided into two parts. South – less in size, but deep: about 800-1000 meters. The northern part, large and shallow, has a depth of 300 meters. Geophysics recreated the relief of the lake trench and found out that it is confined to a rather young fault in the earth’s crust.

Drilling resumed in the summer in 2006 and in 2007. The drilling rig was cut off twice, and when it was not possible to get it, the well had to start obliquely from the cliff site to bypass the problem area. The surface of the lake reached February 5, 2012 at a depth of 3714.24 meters.

The second time the pond was opened on January 15, 2015. The samples taken from the lake were carefully studied, including the presence of living organisms. The interest of scientists is clear. “The main goal of penetration into the lake is to search for an unusual form of microbial life that can live in extreme conditions at a pressure of up to 400 bar – a temperature close to the freezing point, without light, without organic carbon dissolved in water, with dilute ions of basic substances, isolation from the surface biota for at least 14 million years and, probably, with an excess of dissolved oxygen, “wrote in the article on the results of the study, the head of the works, Sergei Bulat, the head of the cryoastrobiolo laboratory ii Petersburg Nuclear Physics Institute. B.P. Konstantinova. 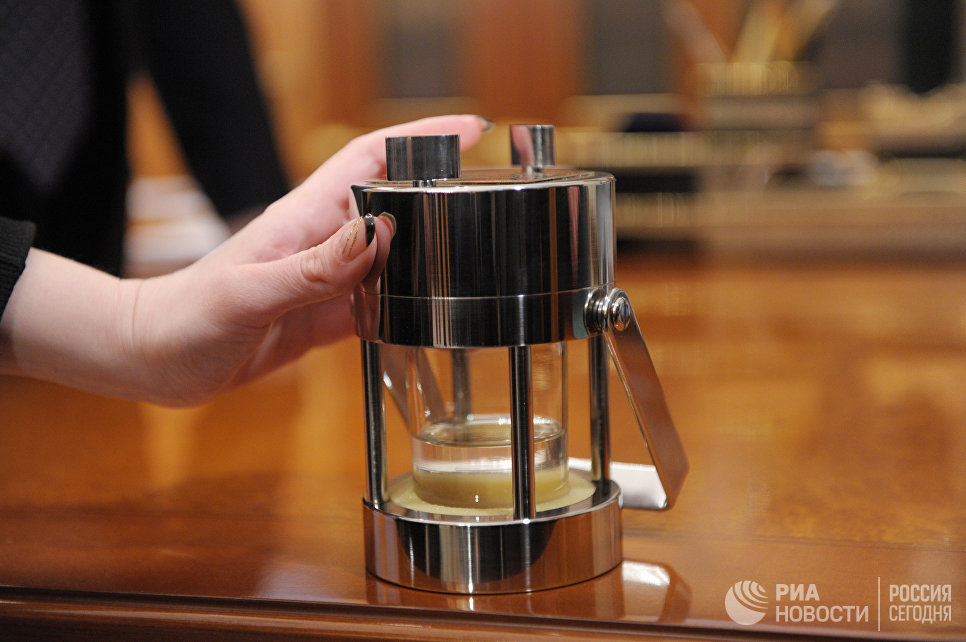 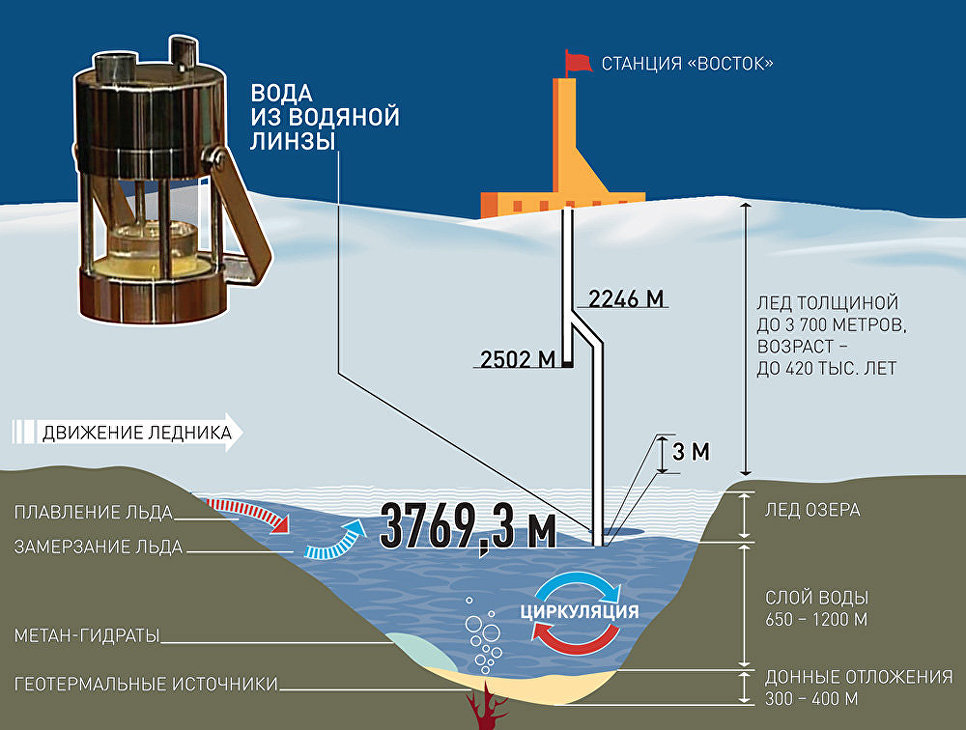 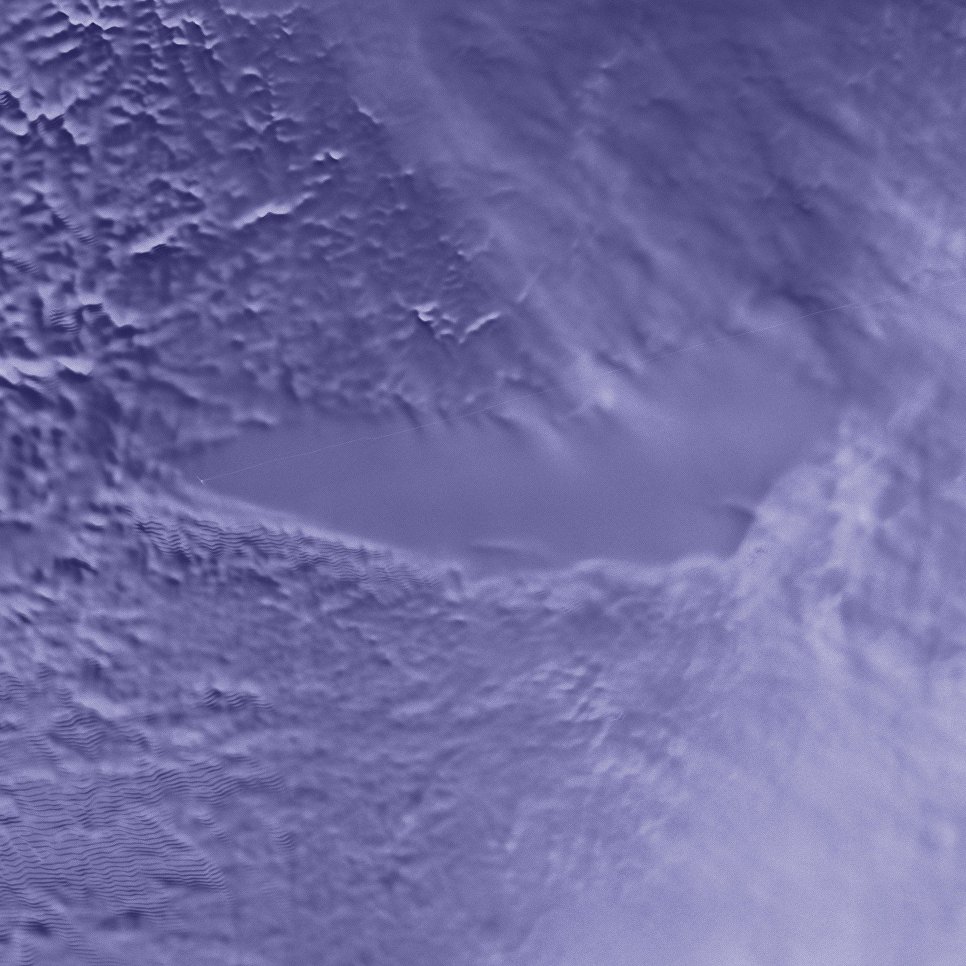 After purification of the samples, 49 DNAs of different bacterial types were identified in them, most of which, as it turned out, turned out to be superficial, and only two interested scientists. One type of DNA is similar to the aquatic bacterium Janthinobacterium sp., The other belongs to an unknown species and resembles the known microorganisms by less than 86%.

Is there life on Mars

Biologists do not make any conclusions from these findings yet. In fact, it is still unclear even if the lake is inhabited. A real breakthrough will happen when samples of water at the bottom are extracted, where it is warmer and full of mineral nutrients. It is also desirable to take samples of bottom sediments where, presumably, hot springs are striking.

On their existence, the scientist told lake ice, which was located at the bottom of the glacier. It found crystals of minerals, which are formed in hydrotherms. But such a breakthrough will not happen before the technology of “pure drilling” is invented, allowing you to get out of uncontaminated water. That is why the participants of the Russian Antarctic Expedition arrive every year to Vostok station in order to try to solve this most complicated task in real conditions.

Scientists believe that Lake Vostok existed before the icing of the continent, which means that the descendants of ancient organisms that lived there before isolation could survive. The object is interesting from the point of view of cosmology, as it is a model of a reservoir on other planets and satellites of planets, where life could be created under the ice.

How many secrets hides Lake Vostok – time will tell, but it is already obvious what a huge scientific and social significance for the whole world has this unique object to which we made our way through kilometers of ice and how important it is to keep it clean.