70 million years ago, the day lasted half an hour less 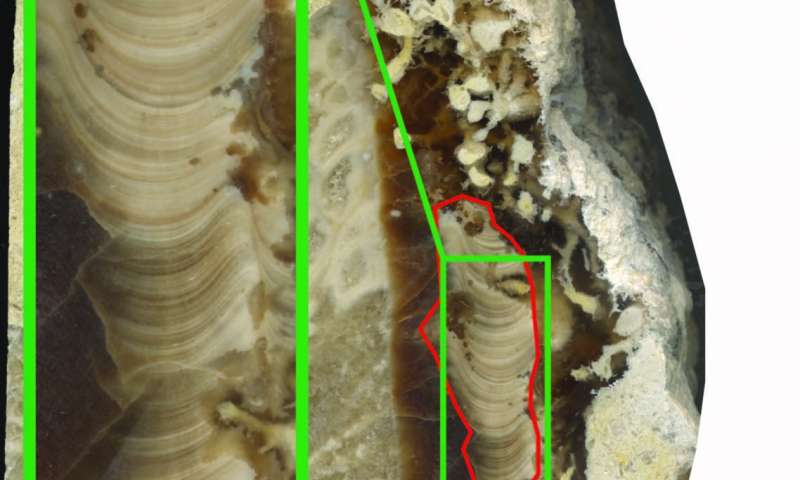 An ancient shell showed that 70 million years ago, the day lasted half an hour less. In other words, at the end of the dinosaur era, the day was 23 hours 30 minutes, according to a study by archaeologists from the Free University of Brussels, published in the journal AGU Paleoceanography and Paleoclimatology

Scientists have analyzed the shells of the rudists, the now extinct group of bivalve mollusks, which grew quite quickly and left growth rings on their sink similar to tree rings.

At the end of the Cretaceous, the rudists were a dominant species that grew on reefs in tropical waters – that is, they played about the same role that corals today play. Representatives of this species died out 66 million years ago – as a result of the same events that caused the death of land and water dinosaurs.

In a new work, researchers used lasers to select small pieces of shell and more accurately count growth rings than with microscopes. The laser made holes with a diameter of 10 micrometers or about the same width as a red blood cell. An analysis of the trace elements in these tiny samples revealed the temperature and chemical composition of the water during shell formation.

In addition, scientists found that ocean temperatures in the Late Cretaceous were higher than previously thought, reaching 40 ° C in the summer and exceeding 30 ° C in the winter.