70% of the monuments of Ancient Egypt can be underground 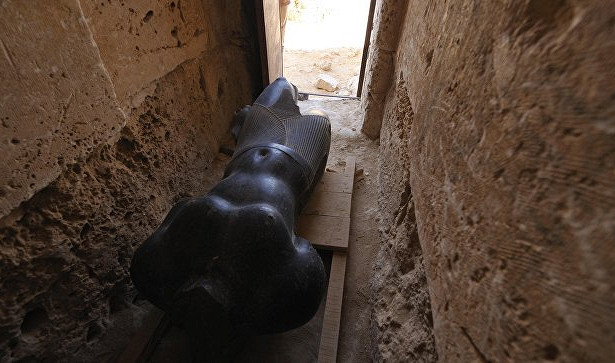 In Egypt today, only 30% of the monuments of ancient periods of history are found, 70% of such monuments are still underground and are waiting for their time, says well-known archaeologist and former Egyptian Antiquities Minister Zahi Havas.

“Only a small part is open – 30% of Egyptian monuments, 70% of the treasures still lie in the ground … Modern Egypt can be said to stand on the monuments of ancient Egypt,” he said on the air of MBC Masr.

Zahi Hawass recalled that all archaeological finds in Alexandria in recent years have been made accidentally.

“All that was discovered in Alexandria was discovered by chance, many scholars, for example, agree that the tomb of Alexander the Great is somewhere in the region of Alexandria, and it is likely that it will be discovered during the construction of the house or at some collapse, – just as the black sarcophagus that has recently made so much noise was discovered, “he said.

According to the scientist, the discovery of values, including, is hampered by imperfect legislation. “Now often, when a citizen, for example, finds out an archaeological site during the construction of a house, he prefers not to report it, to destroy or bury him, because he is afraid that he will be taken away from the land … The law on the protection of cultural heritage must be improved and ensure that the person, who has discovered an artifact or some archaeological site, will receive a payment in the amount of the cost of the find, which will be a good way to prevent, among other things, the illegal sale of valuables abroad. ”

In early July, while conducting construction work in one of the regions of Egyptian Alexandria at a depth of five meters, a giant sarcophagus of black granite weighing 25-30 tons untouched by marauders was discovered and aged more than two thousand years. The find gave birth to a lot of versions about its origin, one of the most discussed – that it is still not found the tomb of Alexander the Great.

The Egyptian authorities opened a sarcophagus and found in it three water-damaged mummies, which probably belonged to soldiers who died in battle, presumably IV-III centuries BC.