70 the sharks devoured the humpback whale 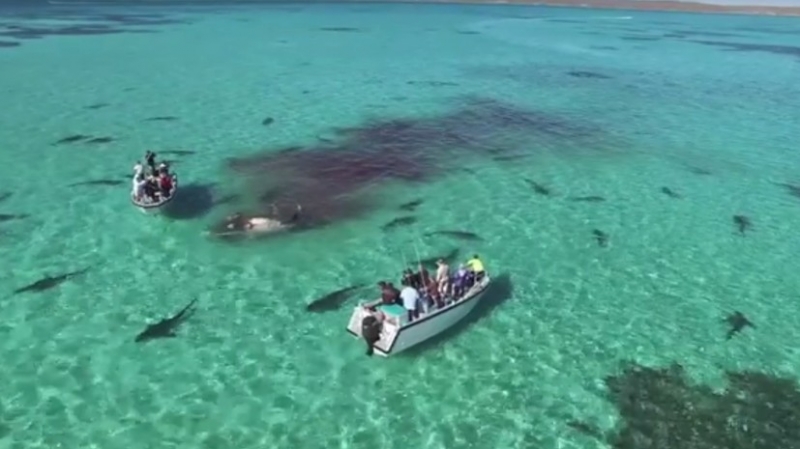 In Australia, the tourists took video of the lunch of dozens of sharks. About seventy marine predators attacked the whale in the eyes of the travelers who were moving along the coast by boat.

The sharks took about two hours to deal with the carcass of a whale. It happened all in Shark Bay (Shark Bay), which, according to published below the staff, lives up to its name.

Apparently, the whale was already dead when the shark attacked him. Representatives of the company that organized the cruise, took a shark’s meal on videos using drones. “The tourists will be something to tell the grandchildren”, – said the representatives of the travel Agency on Facebook.