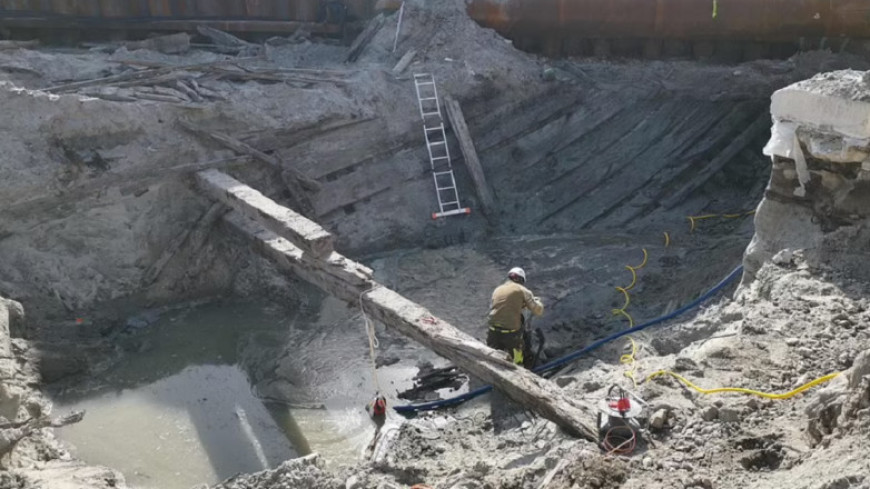 During construction work in Tallinn, the remains of a ship that once belonged to the Hanseatic League, a major political and economic union that united the states of northwestern Europe, were discovered. It has been dated to the 13th century, according to The Daily Mail.

The ship was only a meter and a half below the surface of the street. Archaeologists noted its good preservation.

The ship was 24 meters long and eight meters wide. It was built from massive oak logs and boards, many of which have survived. The seams were treated with animal hair and resin.

The researchers also found some tools and fragments of medieval leather shoes. Excavations are ongoing, so the list of artifacts can be replenished.

The scientists conducted a dendrochronological analysis of wood samples. He showed that the ship was built in 1298. It turned out to be 82 years older than the Bremen Kog – a medieval merchant ship, the discovery of which in 1962 made a scientific sensation. Before its discovery, scientists could study the appearance of Hanseatic vessels of this type only from surviving engravings.

The ship from Tallinn lay near the port of Tallinn, next to the former mouth of the Harjapea River. This waterway no longer exists. But, according to historians, in the Middle Ages the area looked very different.

So, 800 years ago, water splashed on the site of modern streets. The depth of the strait was almost two meters. At the bottom, small sandy ridges periodically appeared, which changed their location after storms. Scientists have suggested that the ship stumbled upon one of these obstacles and sank.

The further fate of the ship has not yet been determined. After research, he can be sent either to a museum or to a special area for sunken ships in the Gulf of Tallinn.