96% of extinct animal species disappeared due to humans 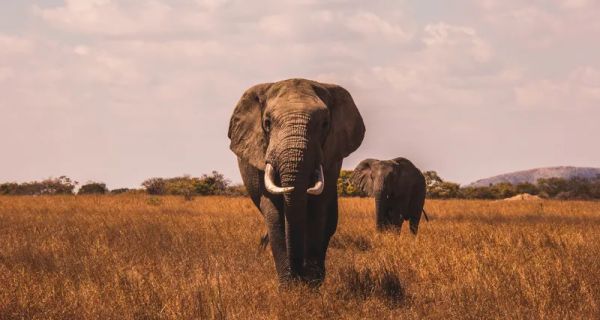 Extinction of species is a natural and natural process. Habitat change, climate, competitive environment – all this and more can lead to the extinction of certain animals. Over the past 126,000 years, the extinction rate of mammals has increased 1,600 times over natural levels. According to a new study, 96% of extinct animals over the past 100,000 years have gone missing due to human fault.

A study published in the journal Science Advances shows that even prehistoric humans have had devastating effects on biodiversity. The anthropogenic impact was more destructive than climatic changes, such as the last ice age.

“We find virtually no evidence of climate-induced extinction over the past 126,000 years; instead, we see that human impact explains 96% of all mammalian extinctions during that time,” says Daniele Silvestro, one of the researchers.

The new study also suggests that mammals were likely to be more resilient to extreme climate fluctuations in the distant past. However, current climate change, together with fragmented habitats, poaching and other human-related threats, pose a great risk to many animals.

Scientists came to such conclusions after analyzing the fossils of 351 species of mammals that have become extinct since the beginning of the Late Pleistocene era. Among them were such iconic species as mammoths, saber-toothed tigers and giant sloths.

“Extinction did not happen permanently. These were outbreaks on different continents, just at the time when people first landed on new shores. Recently, human-induced extinctions have increased again, this time on a global scale, ”says Tobias Andermann, author of the paper.

According to the researchers, the current rate of extinction of mammals is probably the highest since the era of the dinosaurs. Using computer simulations, scientists say the species’ extinction rate will increase rapidly. Studies have shown that another 550 species may be extinct by 2100.