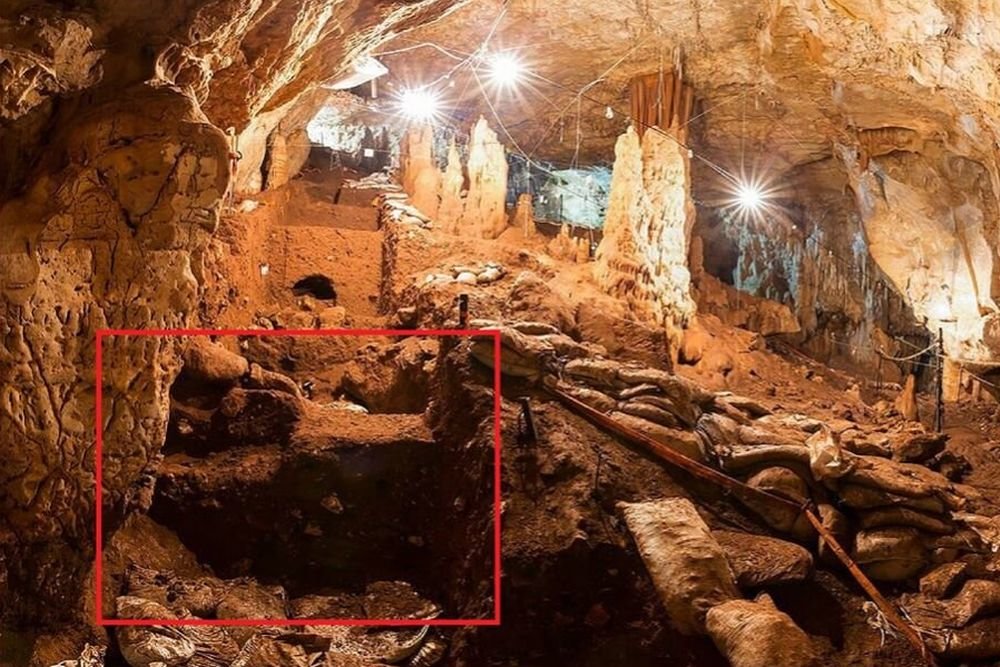 Scientists from Tel Aviv University, the Israel Antiquities Authority, and Ben Gurion University have conducted an in-depth analysis of ancient fossilized teeth found in Manot Cave. Their study proves that about 40 thousand years ago, the ancestors of modern man and Neanderthals migrated from Europe to the territory of the so-called Levant, after which the new genetically mixed culture, having existed for several millennia, mysteriously disappeared.

The work of researchers is presented in the journal Journal of Human Evolution, and Phys.org briefly talks about it. Scientists have revealed the secret of the mysterious Aurignac culture, whose representatives appeared in Europe about 43 thousand years ago.

It was previously believed that with the advent of these direct ancestors of modern man, Neanderthals who could not stand the competition began to disappear. Recently, however, studies have appeared to prove that Neanderthals and Homo sapiens began to interbreed. A new work speaks in favor of the latter hypothesis.

Scientists studied teeth 38-40 thousand years old, which were found in the cave of Manot in the Western Galilee. In-depth laboratory studies were carried out using micro-scanning technology and three-dimensional analysis. The results surprised researchers.

Two teeth were morphologically typical of the species Homo sapiens, and one tooth is characteristic of Neanderthals. But the last of the teeth studied, the fourth, produced a genetic mix. In it, researchers revealed a combination of features typical of both Neanderthals and Homo sapiens.

A similar genetic mix was previously found in fossilized remains, but only among representatives of European populations of the Early Paleolithic. The new case is the first such fact recorded by ancient people on the territory of the Levant.

According to the authors of the work, this indicates the common origin of the peoples of Europe and the Levant, which suggests their migration about 40 thousand years ago. However, the discovery made unexpectedly gave rise to a new secret.

“After the European population migrated to this region, a new culture existed in the Levant for a short time, approximately 2000-3000 years,” says co-author of the study, Dr. Rachel Sarig. “Then it disappeared for no apparent reason. But now we know something about composition of this culture. “