A bacterium is created – a potential source of energy 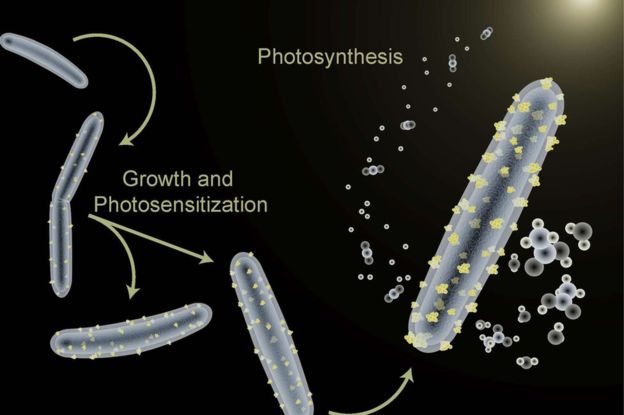 Scientists have created a bacterium that produces a potential source of fuel from sunlight, carbon dioxide and water. The so-called “cyborgs” generate acetic acid, a chemical that can be processed into fuel and plastic.

During laboratory experiments, the bacterium proved to be much more effective in absorbing sunlight than plants. The work was presented at a meeting of the American Chemical Society in Washington. 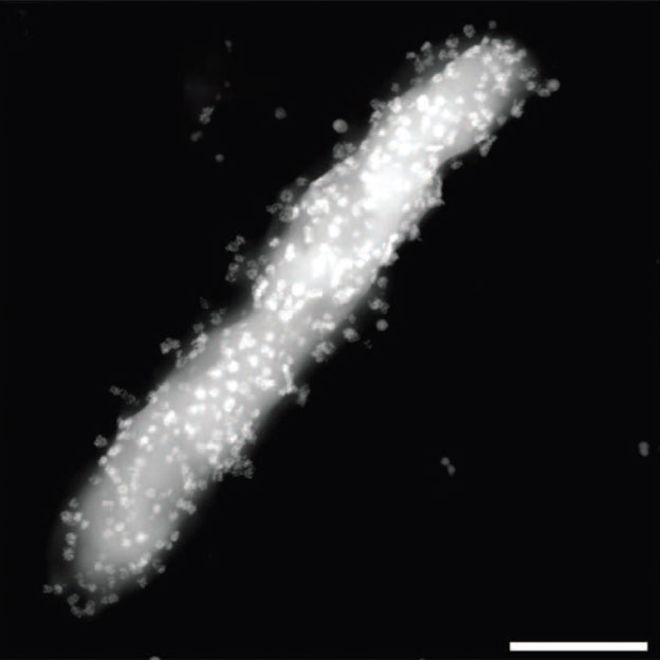 Researchers have tried to artificially reproduce photosynthesis for many years. In nature, the green pigment chlorophyll is the main element of this process. Thanks to sunlight, it helps plants convert carbon dioxide and water into oxygen and glucose. Although this works, scientists say that the process is relatively inefficient. The same is the problem for most of the artificial systems developed at the moment.

The new approach aims to improve performance, in fact, by equipping the bacterium with solar panels. After studying the old literature on microbiology, the researchers realized that some bacteria possess a natural protection against cadmium, mercury or lead, which allows them to convert heavy metals into inorganic sulphides. The result of the transformation are tiny crystal semiconductors on the surface of the microorganism.

“It’s shameful just, we’ve adapted the natural ability of these bacteria, which have never been looked at from this angle,” says Kelsey Sakimoto of Harvard University (USA). “We grow bacteria and introduce a small amount of cadmium, and they produce crystals of cadmium sulfide, which then accumulate outside their bodies. To grow them it is necessary in a liquid broth and simply to add small aliquots of a solution of cadmium, to wait couple of days, and these photosynthetic organisms will appear “.

Sakimoto believes that these bacteria have advantages over other methods of producing green energy from biological sources. Other technologies for artificial photosynthesis require expensive solid electrodes. “Cyborgs” only need huge reservoirs of liquid that must be on the Sun – the bacteria self-reproduce and self-repair, which makes technology low-waste. It is suitable for rural areas or developing countries.

Research work was carried out at the University of California at Berkeley. Further, scientists will look for more harmless light-absorbers than cadmium sulfide.