A bit of information was recorded per atom 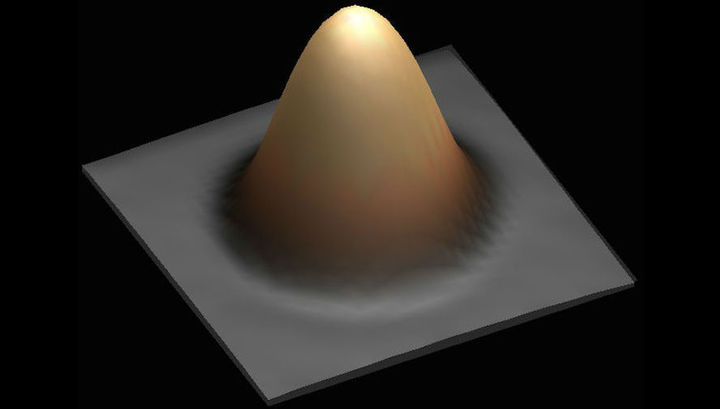 A few decades ago, computers the size of a refrigerator could store millions of times less information than a smartphone in your pocket today. And the main factor determining the gradual reduction in the size of electronic devices is a constant increase in the density of data storage.

Modern hard drives contain information in tiny magnetic cells located on the substrate (often in the form of a disk for easy reading). Each of them, in fact, is a very small magnet, the field of which is conditionally directed either upward or downward. Depending on this, the cell is assigned a value of 0 or 1. Each such cell represents one data bit. Accordingly, the less physically it is, the more information can be written to the medium or to make it as compact as possible.

The catch is that these magnetized areas should be stable, and when trying to get a smaller magnet, it can easily become unstable, for example, start uncontrolled reversal of polarity (and therefore switch between 1 and 0, that is, to corrupt data that Stores).

Modern commercial bits consist of approximately one million atoms. IBM specialists in 2012 under experimental conditions managed to reduce their number in one bit to 12 pieces. Then they were atoms of iron.

Now, in collaboration with physicists from Germany, Switzerland, China and South Korea, the team of the IBM Almaden Research Center led by Christopher Lutz created a bit from one atom. The main hero was the rare-earth element holmium, individual atoms of which were placed on a sheet of magnesium oxide and forced to work at a temperature of about 5 degrees Kelvin or minus 268.15 degrees Celsius. 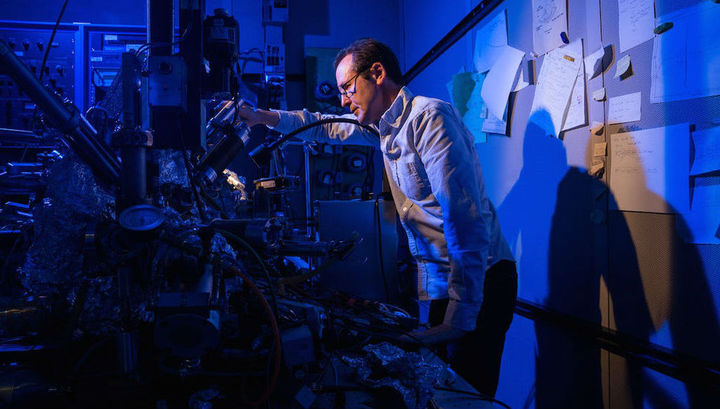 As the “main character” Holmium has acted precisely, because it has many unpaired electrons that create a strong magnetic field. In this case, their orbit lies close to the nucleus of the atom, where they are protected from environmental influences. However, as it turned out, even at a distance of one nanometer from each other, the holmium atoms did not affect the individual ability of each to store information.

Holmium was magnetized by an electric current pulse from the tip of the probe of the scanning tunneling microscope. The device allows you to specify a certain orientation of the magnetic field of the atom, giving it the value of zero or one. Information is also read by means of a scanning microscope.

In an article published by the authors of the work in the edition of Nature, it is reported that the first monoatomic bit saved information for several hours.

Unfortunately, as in the case of the 12-atom iron bit, at the moment, the practical application of new technology is impossible, in particular, due to the complicated expensive equipment and necessary conditions for the existence of an amazing magnet. But in the long run, if physicists and engineers solve this problem, perhaps we are waiting for an increase in the density of information storage on the hard disk a thousand times.

The plans of the developers of the technology are different. Now, the primary task for them is to create arrays of monatomic magnets. In addition, scientists have a huge space for experimenting with several atoms, which is necessary to better understand their properties.

If the storage of information by magnetic fields can be considered a classic solution, then there are developments with a fundamentally different approach. For example, in recent years for this various scientific groups are increasingly proposing to use DNA molecules and quantum technologies.