A bright meteor illuminated the northern sky over the Kola Peninsula 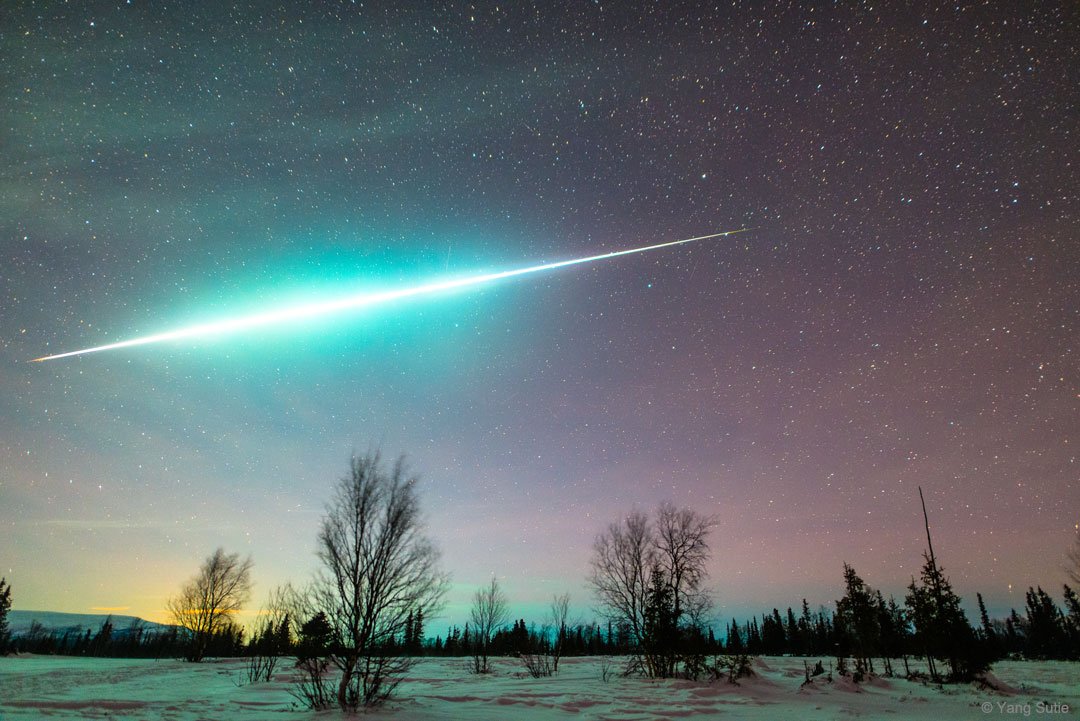 The original idea of ​​the photographer was to make a series of images of the northern lights, from which it would be possible to create a time-lapse video. But suddenly something flared up – and the Arctic night momentarily turned into a day.

The object flying across the sky was so bright that it resembled a fireball. It turned out to be a meteor from the Geminid stream. He flashed at the Big Dipper, lighting up the surrounding landscape for a few seconds.

The camera, prepared for the shooting of the northern lights, captured the whole of his journey. The picture was taken the night after the peak of the Geminid meteor shower. The astrophotograph was located near Lake Lovozero in the center of the Kola Peninsula in Murmansk, north of the Arctic Circle.

The meteor shower of the Geminid (from the English Gemini – Gemini) is usually observed in the first half of December, reaching a maximum on December 13-14.